Most of the ABC Radio stations which weren’t already available via Digital TV (no Grandstand due to sporting rights while Local Radio is from the state/territory capital city, presumably due to technical reasons) were added to the multiplexes today.

Cheers, figured it was sometime today given my DVR tells me to update when there is a new channel. I was hoping for 7Food Network and/or 7flix, no such luck. Oh well.

BBC One is sticking with two of its daytime dramas. The BBC's flagship channel has renewed Father Brown and Shakespeare & Hathaway – Private Investigators for an additional two seasons. Father Brown will return for an... 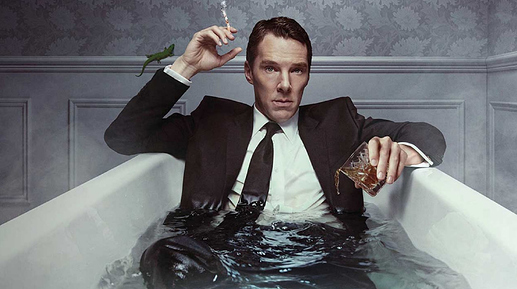 Based on the acclaimed Patrick Melrose series of novels written by Edward St. Aubyn and adapted by BAFTA award nominee David Nicholls (Far From the Madding Crowd, One Day), Melrose gleefully skewers the British upper class as it tracks the titular character’s harrowing odyssey from a deeply traumatic childhood, through adult substance abuse and ultimately, towards recovery and redemption. Benedict Cumberbatch (The Imitation Game, Sherlock) plays Patrick Melrose, an aristocratic and outrageously funny playboy, who struggles to overcome the damage inflicted by an abusive father and a mother who tacitly condoned the behaviour.

A true television saga, Patrick Melrose is both gripping and humorous, with a dramatic sweep that encompasses the South of France in the 1960s, debauched 1980’s New York and sober Britain in the early 2000s. Patrick Melrose devotes an hour to each of the five novels, with each episode storytelling a few complicated and intense days in Patrick’s life.

Nominated for FIVE EMMY AWARDS 2018 categories including Outstanding Miniseries and Outstanding Lead Actor In A Limited Series Or Movie.

The Show Must Go On 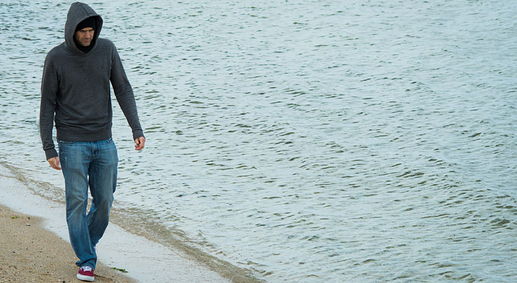 The Show Must Go On follows former Home & Away actor, Ben Steel, on a soul-searching investigation into why so many entertainment workers are struggling with mental wellbeing issues.

Ben’s love affair with screen started from an early age, taking acting classes and appearing in television commercials as a teen. Like most actors, he wasn’t prepared for the journey he would face as a professional in the entertainment industry. This lack of knowledge and support led to him developing issues that resulted in anxiety and depression.

In addition to his own experiences, Ben shares intimate conversations with key creatives, crew, actors, dancers, musicians, performers – many of them household names – about how they too have struggled with mental health and how they’ve survived.

It’s the first film to shed light on the mental health issues of 42,000 people working in the industry.
While ‘show business’ is often seen as glamorous, fun, and well paid, recent research from Entertainment Assist and Victoria University paints a darker picture. Anxiety symptoms are 10 times higher; sleep disorders are 7 times higher and symptoms of depression are 5 times higher than the national average. Suicide attempts in the industry are also double the national average.

The Show Must Go On seeks to spark much needed public conversation around mental health and wellbeing in Australia. 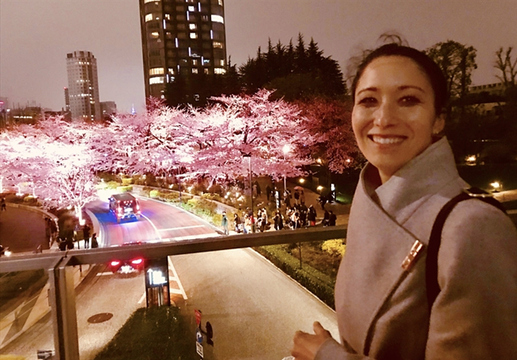 Kumi Taguchi has an Australian mother and a Japanese father, she grew up in rural Australia and felt like she had to continuously apologise for her Japanese heritage, she lived between two worlds. Now Kumi returns to Japan to deliver news to a family she hopes is still there, about her father who she never really knew.

This one-hour special follows Kumi journey all over Japan from discovering her grandparents’ home in Tokyo, to Hiroshima where she learns about her late father’s time during the war – all during the time Japan announces their new Emperor, which is a truly special event.

Through her travels she discovers the amazing stories and history of her family, as well as learns incredible stories of others. Surrounded by cherry blossoms and beautiful Japanese culture, her identity is challenged as she tries to understand why she feels so at home in this exotic and intoxicating country. The ABC still has an impressive amount of Australian content ready for broadcast. Highlights include keenly anticipated reunion special for Spicks and Specks, and the powerfully controversial drama series Total Control 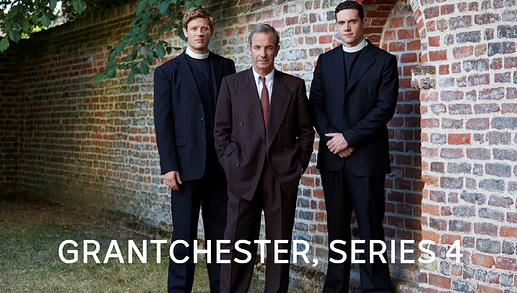 It’s 1956 – a year since Amanda left and Mrs Maguire (now Mrs Chapman) married Jack. Change truly is in the Grantchester air… The post-war rulebook is being torn up – it’s the birth of the teenager, the era of Elvis. Teddy Boys are on the streets of Cambridge. Even science fiction’s becoming reality with a new ‘computer’ up and running at the university.

There’s change at the vicarage too. Sidney Chambers is feeling adrift, a man without a cause – until American civil rights activist Violet Todd arrives and fires up his need for social justice. But with a cause this dangerous, Sidney might not be around forever… And soon there’s a new Vicar of Grantchester, firebrand Will Davenport, stepping up to take his place at the pulpit.

Idealistic and energetic, Will is a man of the people. As he grapples with his new role he’ll embrace the change that’s sweeping the nation and make the parish his own. He’ll find himself drawn into Geordie’s world; of murderous plots and crimes of passion, that’ll stir his soul and unearth his own troubled past…

And whilst Will embraces the future, Inspector Geordie Keating’s left entirely baffled by it. Navigating a world without Sidney, where does he fit? Cathy’s suddenly cold and distant, the boys at the new police station all think he’s a throwback, and unfortunately Leonard’s just no good at backgammon… 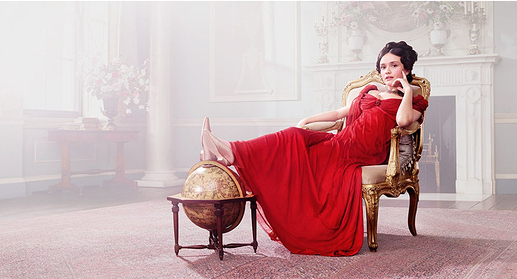 Gwyneth Hughes’ adaptation of Thackeray’s literary classic is set against the backdrop of the Napoleonic Wars, and follows modern heroine Becky Sharp as she attempts to claw her way out of poverty and scale the heights of English Society.

Another British drama on the ABC that has previously been on BBC First.

Just witnessed at 8:00pm in Newcastle that the ABC was having technical issues after ad break 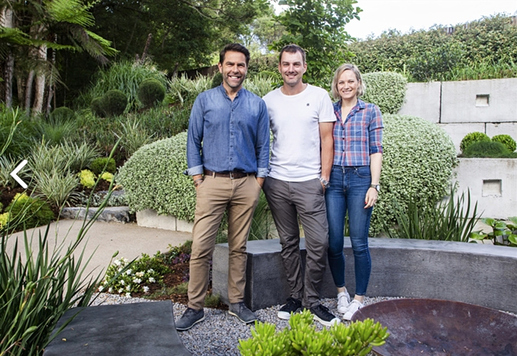 Dream Gardens hosted by Michael McCoy, one of Australia’s leading landscape designers, is back in a stunning new eight-part series.

“We all recognise good design, we’re surrounded by it but when it comes to the outdoors most of us falter. Yet exceptional garden design can deliver spaces that reward again and again allowing us to embrace the natural world, transforming our lives and empowering a deeper connection with the restorative and regenerating power of nature. An effective antidote to our hyper speed, plugged in, urbanised lives,” says Michael.

In each episode Michael charts the evolution of a garden from design plan through construction to the spectacular end result.

From tiny inner-city plots to suburban backyards and generous country holdings, everyday Aussies share the hard work, challenges, and adventure of making their dream a reality.

There are owners that partner with internationally recognized designers like Fiona Brockhoff, Peta Donaldson and Paul Bangay and others who embrace the work of up and coming young designers while some prefer to keep it in the family!

Throughout, Michael is there to share his extensive landscape design and plant knowledge. With an ‘access all areas’ pass, he also tours private gardens created by the who’s who of the design world including Rick Eckersley’s breathtaking coastal garden, Will Dangar’s urban rooftop oasis, Phillip Johnson’s magnificent bush haven and Richard Unsworth’s city courtyard retreats, discovering techniques we can use in our own space.

Follow these incredible journeys from concept to creation and witness the breathtaking results in a series created to celebrate the best of Australian design, inspire a love of the natural, and share ideas to enhance the quality of our outdoor living spaces. 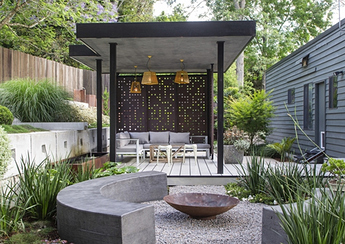 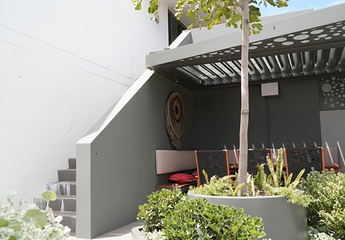 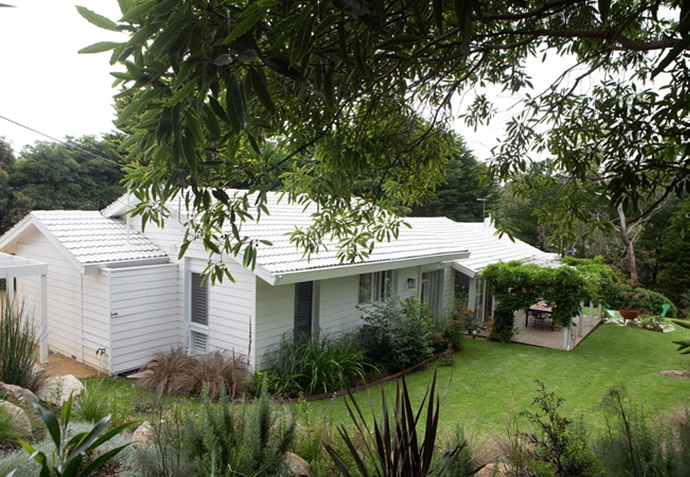 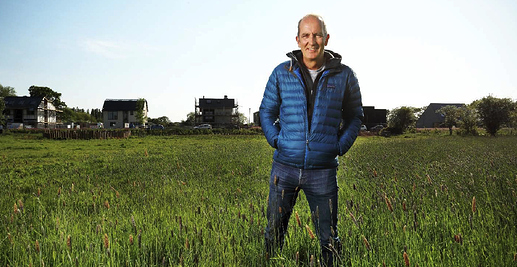 Grand Designs: The Street, a six-part series presented by Kevin McCloud, follows the first ten pioneering households on the UK’s largest self-build project as they create a street like no other.

It’s a great opportunity, but not without risk. In the process, these pioneers will suffer injury, structural disaster and physical and financial exhaustion. The pressure of self- building causes friendships to fail, and even relationships to break down. However, those who see the projects through to completion will be rewarded with beautiful homes, tailored to their needs in a ready-made community.

The pioneers, whose ages range from 24–72 and with budgets of between £160k to £500k, each have different motivations for self-building. Over the course of the series, cameras witness these intrepid self-builders constructing their unique homes – turning a field into an extraordinary self-built street.

Nigel Slater embarks on a Middle Eastern food adventure to explore some of the oldest and grandest cuisines in the world. His first stop, Lebanon, exemplifies Levantine cuisine but is also influenced by its position on the Mediterranean. The flavours, colours and fragrances of the region have travelled the globe but Nigel sets out to eat and cook with the people who make the dishes every day - home cooks. Nigel also explores the landscapes and ingredients, which define the recipes and dishes that have been passed on through generations. Nigel starts his journey in the capital, Beirut, at the end of Ramadan, where he is invited to celebrate Eid with a local family, before travelling south to Nabatieh near Israel and east to the Beqaa Valley close to the Syrian border. On his journey, Nigel explores the resilience of the country and its people, their survival and preservation through decades of war, and sees how this is reflected in their pride in their culture, and most importantly, in their food.

Russel Howcroft talks about How Australia Got Its Mojo 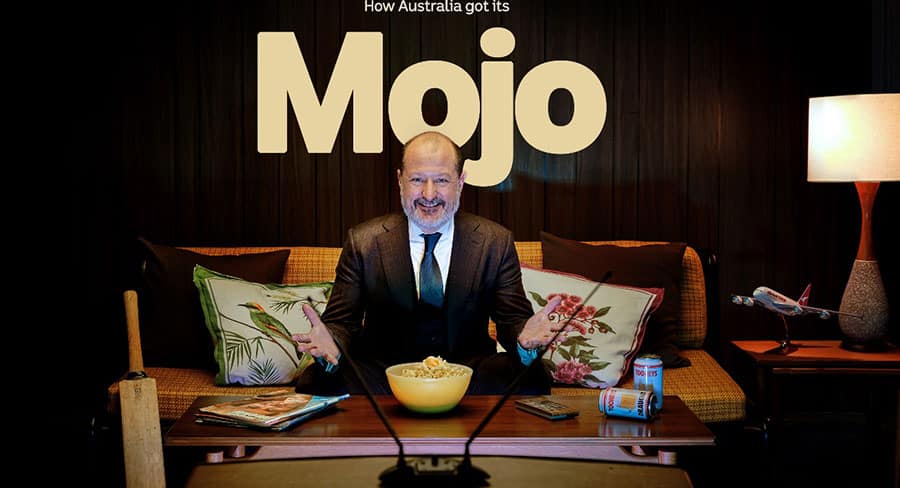 • The part-time TV host and panellist also told Mediaweek about his day jobs. 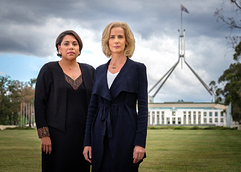 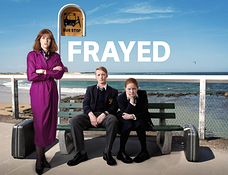 Mark your diaries. This deserves a look. Extremely good IMO with great performances all around especially the supporting cast including Matt Passmore, with his presumably original Australian accent, Kerry Armstrong whose charater couldn’t be more different from the cartoonish wife she plays in Seachange and Trystan Go fresh from playing Benjamin Law, The recreation on late 1980s Australia is flawless, though Novocastrians might not like the depiction of their home town. 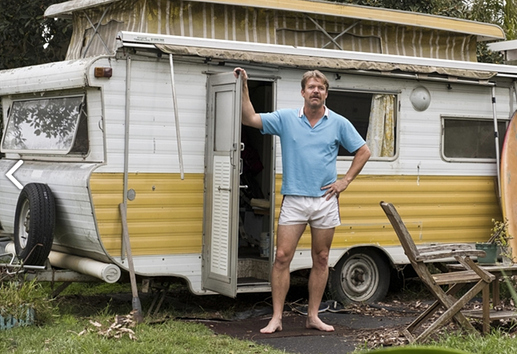 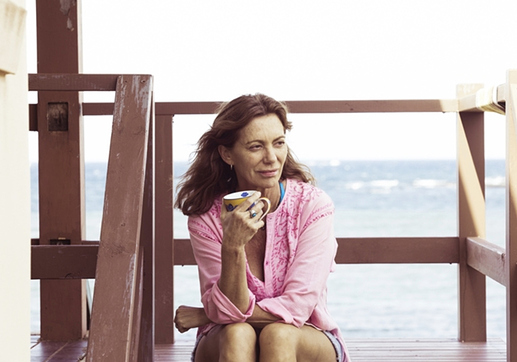 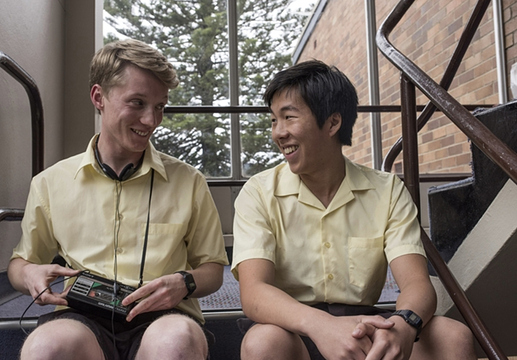