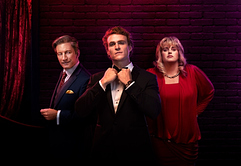 Saturday 10 August
7:30pm Agatha Christie’s And Then There Were None Premiere
9:15pm Les Norton: You Wouldn’t Be Dead For Quids
10:10pm Pine Gap
11:10pm Poldark

Documentary film The Australian Dream, about former Sydney Swans AFL player Adam Goodes and written by Stan Grant, will be shown on ABC early next year. It was revealed at the film’s world premiere at the Melbourne International Film Festival this evening.

AFL documentary Collingwood: From the Inside Out will have its TV premiere on ABC on Tuesday, September 3 at 9.30pm. Produced by Josh Cable and Marcus Cobbledick, it details the lives of coach Nathan Buckley and players Brodie Grundy, Jarryd Blair and Adam Treloar throughout the 2018 year. The documentary will debut at the Melbourne International Film Festival next Thursday evening (August 15).

A producer of a captivating documentary about Collingwood’s 2018 campaign hopes ex-Pie Jarryd Blair can forgive him after he filmed the moment he was delisted. 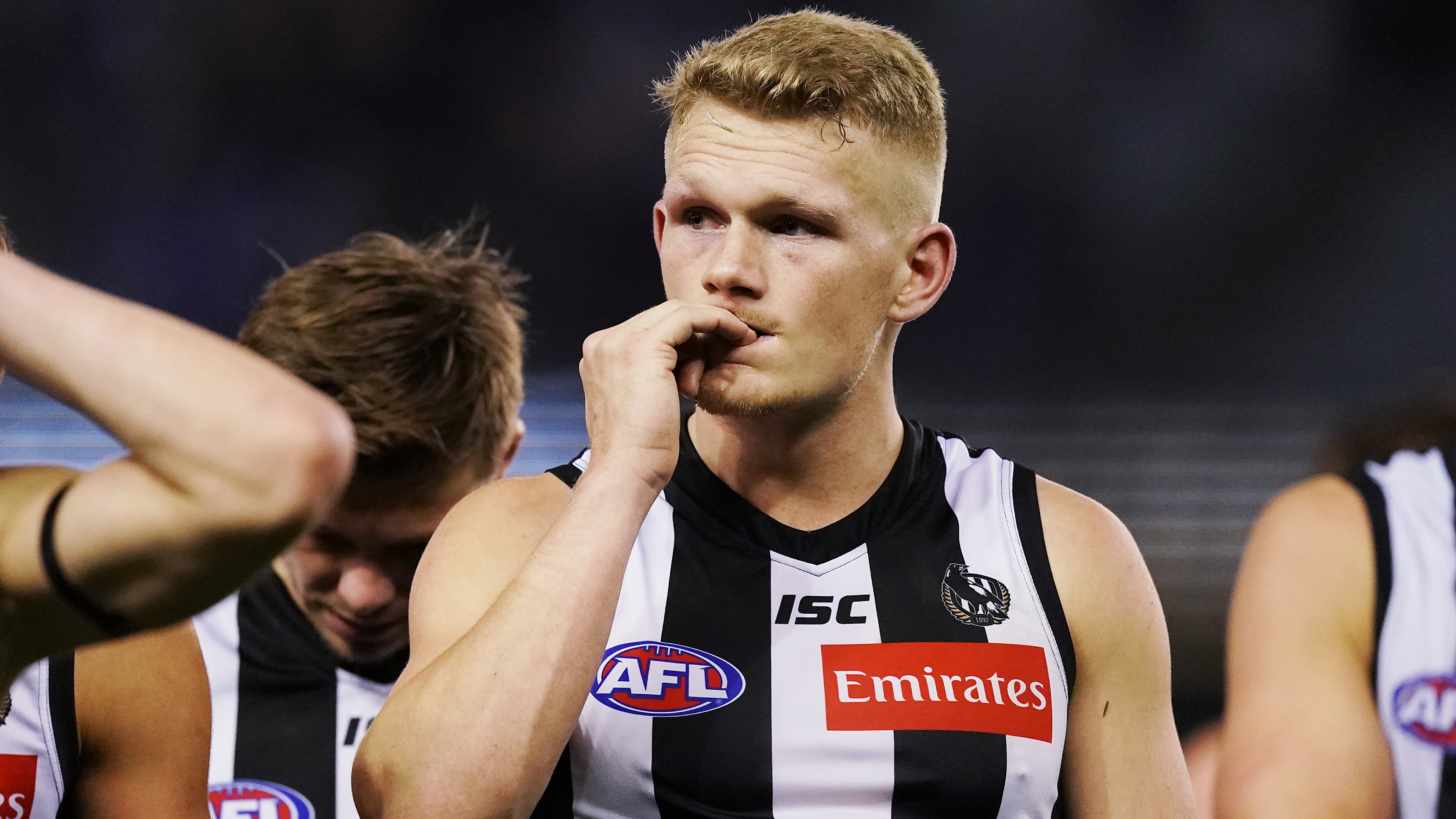 Collingwood star Adam Treloar has revealed his mental health struggles that plagued him during the 2018 season, almost forcing the midfielder to quit the game.

Collingwood: From the Inside Out

Collingwood: From The Inside Out shows the human face of football, the impact the pursuit of excellence at the elite level can have on players and coaches, and how Collingwood rebuilt to bring about change and success. 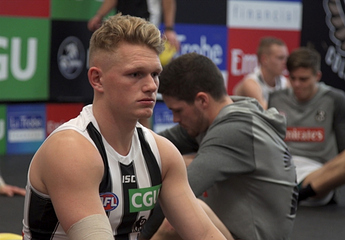 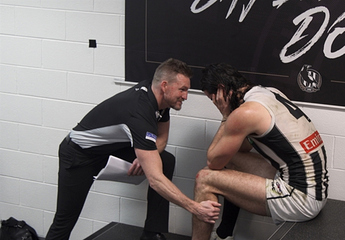 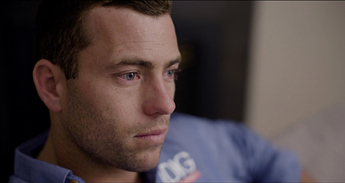 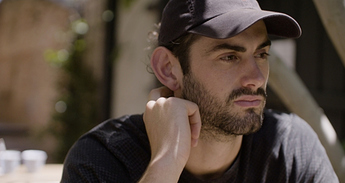 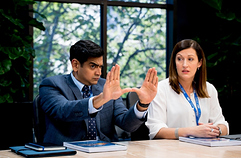 It’s been announced this morning that Spicks & Specks will be returning for 4 new specials. Another Ausmusic Month episode will air in November, plus 3 themed episodes celebrating music of the 1990s, 2000s and 2010s will air in 2020.

Last year’s special was near perfect. Looking forward to these. 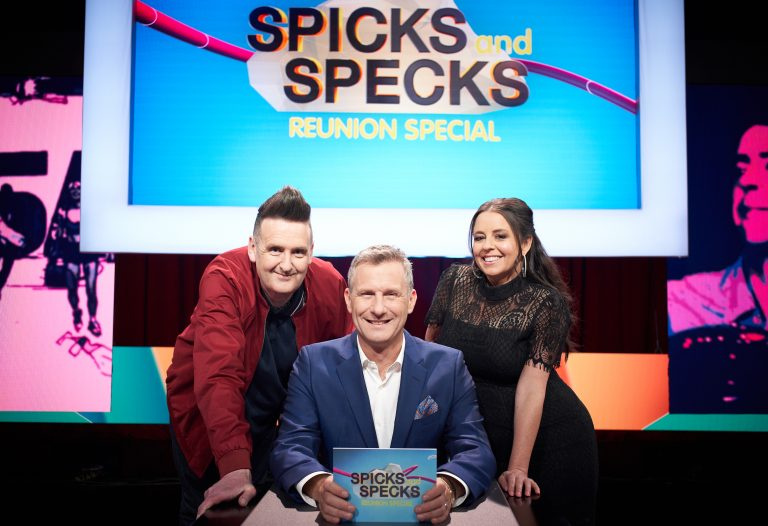 Off the back of last years’ hugely popular Reunion Special (ABC’s most watched show for 2018*) ABC are thrilled to announce that Adam Hills, Myf Warhurst and Alan Brough have been lured back to ABC’s Melbourne Studio 31, for more Spicks and Specks!

Adam says “From the moment Alan, Myf and I were together in a room for last year’s Spicks and Specks Reunion Special, we had each other in fits of laughter. Any time I can spend with those two fools is time well spent, and if it takes four more specials to make that happen – so be it!

The response to last year’s show was overwhelming, both in the studio when we filmed it, and at home when it went to air. Spicks and Specks has a special place in our hearts, and I’m genuinely excited to make a few more specials for the ABC”

Australia’s favourite music quiz show will return in November to once again celebrate ABC’s Ausmusic Month, along with an impressive line-up of stars from the music and comedy worlds. But wait there’s more…

Forget the Bus Stop and the Nutbush, it’s time to Whip, Nae Nae and Gangnam Style, when in 2020 a further three Spicks and Specks specials will air. Adam, Alan and Myf have already brought us well-loved 50s, 60s, 70s and 80s specials. Now they plan to delve into music of the 90’s, noughties and the as-yet-unnamed 2010s. All music will be covered - from Spice Girls to Sia, from Nirvana to King Gizzard and the Lizard Wizard, from Coldplay to… sadly, more Coldplay.

Storm In A Teacup

Australian artist Leon Pericles faces his greatest challenge: holding an exhibition of his life’s works while facing the mental decline of his wife and collaborator, Moira as Alzheimer’s disease turns their world upside down. 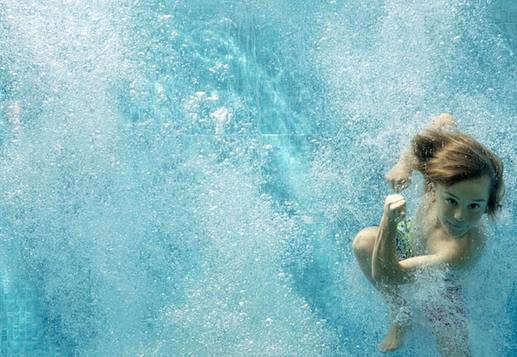 The Pool is a two-part documentary series that evokes deep nostalgia and childhood memories to look at Australian identity through the prism of the Pool. The pool is a focal point for leisure and community, but beneath its allure as a hedonistic playground lies the surprising and untold story of a battleground where feminism, racism and sexuality were explored, and sporting heroes born.

We are the world capital of pools – Australia boasts more than 100 ocean pools, more than 1000 public pools and more than one million backyard pools. The pool is where we splash around as kids, chase Olympic-sized dreams as teens, keep fit as adults and gather as a multicultural community of equals.

Stripped to our budgie smugglers or boardies, bikinis or burqinis, we all have nostalgic memories of the pool – relief from the blistering heat, the sting of chlorine, the terror of the school swim carnival, poolside fashion, bombs and dives.

The pool is also our theatre of competition, where Olympic heroes are crowned. The pool has also been a battleground for more than 100 years – not just for its physical existence, but for race, gender, sexuality and religion.

Unlike any other country on Earth, our pools play a pivotal part in our lives.

Doing It In Public: The Kaldor Projects 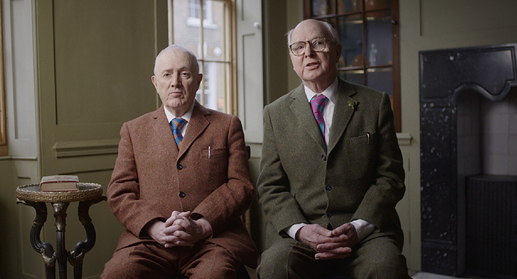 Doing It In Public: The Kaldor Projects explores the private and public stories of the Kaldor Public Art Projects across fifty years and 34 public art projects in Australia.

The Kaldor Public Art Projects changed what happened in Sydney’s contemporary art landscape and Doing It In Public: The Kaldor Projects acts as a time capsule – documenting the impact on screen in seconds, that John Kaldor’s art philanthropy has had over the decades.

Doing It In Public: The Kaldor Projects interviews the artists of the featured projects, sharing the incredible artistic process.

Kaldor Public Art Projects have pushed the boundaries of architecture, performance and visual arts. From celebrity artist Marina Abramović’s “In Residence” (2015) where audiences invited them to participate in the ‘Abramović method’, enticing towards an artistic sensibility; ‘living sculpture’, Gilbert & George, enlivened the Art Gallery of NSW with their “Singing Sculpture” (1973); and Jeff Koons achieved an awesome feat of plant and steel construction with his much-loved “Puppy” (1995) standing guard at the forecourt of the Museum of Contemporary Arts, in Circular Quay.

Doing It In Public: The Kaldor Projects weaves together past and present stories of ephemeral works, as the narrative unfolds across many of the Kaldor projects, sharing the delights of his private passion for art. The program has layers and connections that form an intimate stratigraphy of the public art project in Sydney, from 1969 to 2019 and beyond.

It’s a six-part thriller which debuted on ITV in UK a little over two weeks ago.

When is Deep Water on TV? Who's in the cast and what is it about?

How Australia Got Its Mojo 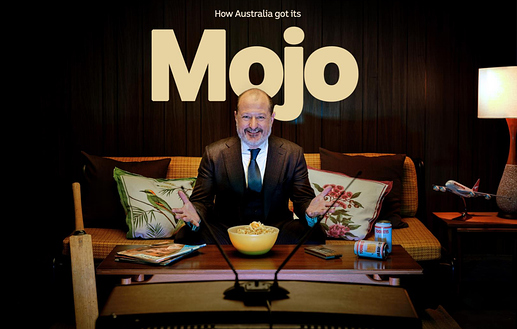 How Australia Got Its Mojo is a one-hour documentary about two of Australia’s greatest admen – Alan ‘Mo’ Morris and Allan ‘Jo’ Johnston – the creatives behind the legendary Mojo advertising agency. The show is hosted by star of ABC TV’s Gruen, Russel Howcroft. the man whose passion for clever communication has been a cornerstone of Gruen’s success will takes us on an upbeat, celebratory and nostalgic journey through 70’s and 80’s Australia.

This is the story of how two unpretentious geniuses re-wrote the rule book on advertising. From ‘How Do Ya Feel?’ to Paul Hogan putting “another shrimp on the barbie”, they had a hit parade of jingles and ads that did much more than sell products, they changed the way we thought about ourselves, and helped take a new Australian identity to the world.

In the 70’s and 80’s Mo and Jo were the Lennon and McCartney of Australian advertising. Their TV commercials transcended the business of product pushing and became the entertainment themselves. After years of cultural cringe they celebrated and elevated what it was to be Aussie. They championed the country and made it ok to talk with a thick working class Aussie accent on TV.

Their ads made Australians feel good about themselves, we all sang along to ‘How Do Ya Feel’, ‘You Outta Be Congratulated’, ‘They said you’d never make it’, ‘A week without the Weekly’s not the same’, or the iconic clarion call to cricket fans that became an official anthem, “C’mon Aussie, C’mon”.

Through their legendary Mojo ad agency Mo and Jo sold Australia to Australians and then Australia to the USA with Paul Hogan’s ‘America you need a Holiday’ campaign; a campaign which transformed Australia’s tourism industry.

Sadly Alan ‘Mo’ Morris passed away in 2007 but surviving creative partner Allan ‘Jo’ Johnston is featured in the documentary alongside major players in the story, including: Paul Hogan, Delvene Delaney, Ita Buttrose and Ian Chappel. We also hear from industry gurus like John Singleton, Hugh Mackay and Christina Aventi about Mojo’s place in Australia’s pop culture.

Says Howcroft: “This is my love letter to Australian Advertising. Mo and Jo are two of the most important creative figures in Australian history since Henry Lawson and Banjo Patterson!” 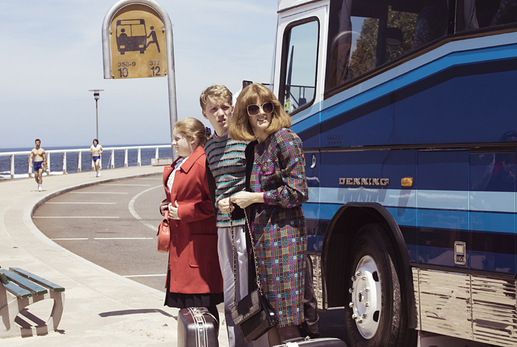 The ABC is thrilled to announce the airdate of its delightful new (6x45’) tv series, Frayed , written by and starring celebrated Australian comedian Sarah Kendall and co commissioned by Sky (UK).

In 1988, Simone Burbeck’s (Sarah Kendall) life appears perfect. She lives in a mansion in London with her perfect husband and children ( Frazer Hadfield and Maggie Ireland-Jones ), and her life is a merry-go-round of expensive renovations, dinner parties and school fundraisers. There’s just one problem: it’s all lies.

When her husband has a fatal heart attack in a disastrous session with a prostitute, the true state of their finances is revealed. Simone is broke, homeless and a social outcast. With no other options, and two children to care for, she is forced to return to her family home in Newcastle, Australia. It turns out Simone’s past isn’t quite the story she told everyone in London. Nothing about Simone is what it appears to be. Oh, and her real name is Sammy.

Frayed is full of complex characters, dubious decisions and unfortunate events; and at its heart is the journey of one flawed family confronting their secrets and trying to find a way back.

Sarah Kendall will return to Australia in October to promote the series, following her spellbinding Paper Planes show at this year’s Edinburgh Festival Fringe. Sarah, along with other local cast members, are available for interviews.

Frayed premieres in the UK on Sky One and NOW TV on 26 September.

How long has ABC been 1 HD channel, 4 SD channels and 10 radio stations through the TV?

Most of the ABC Radio stations which weren’t already available via Digital TV (no Grandstand due to sporting rights while Local Radio is from the state/territory capital city, presumably due to technical reasons) were added to the multiplexes today.