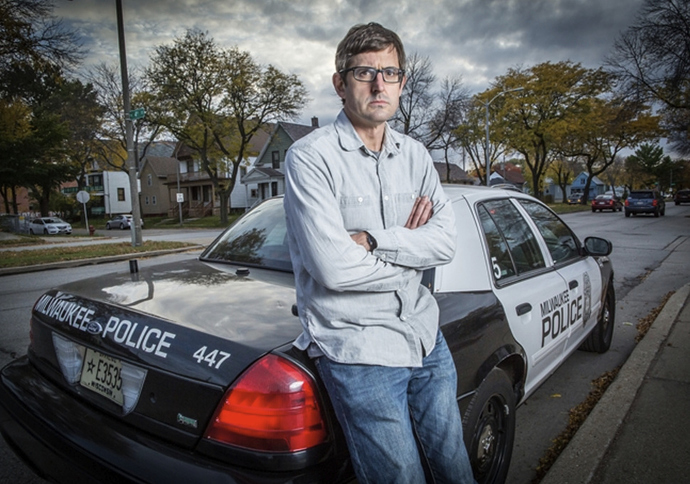 Louis arrives in Milwaukee at a time of heightened tension between the police and the African American community.

With spiralling gun crime and homicide rates, this Midwestern city encapsulates America’s complex and troubled relationship with guns – as well as the increasing disharmony between African American communities and the police. He follows the Homicide division as they investigate one of the city’s many killings and meets families and local social activists who have lost loved ones to these nightly acts of violence. Hearing from both sides of the debate, Louis uncovers hope in a desperate city 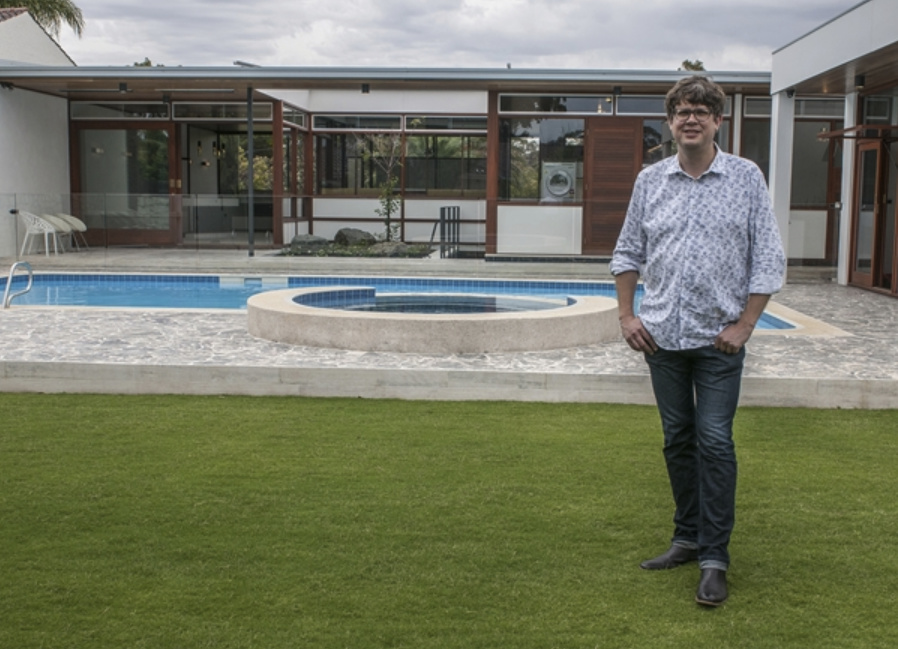 Over each episode, Restoration Australia host Stuart Harrison, architect and historian, follows homeowners across the country as they restore forgotten heritage gems into living homes. This time the restoration challenge moves beyond old colonial homes to embrace houses from all periods, including iconic modernist masterpieces and even an inner-city gasworks.

From inner city grand terraces, to countryside homesteads, we start at the beginning of the homeowner’s restorations as they take the keys to their rundown properties in desperate need of some love, care and attention.

Their vision of re-creating the houses to turn them into ‘forever’ homes isn’t simple.

To faithfully restore with original fixtures and fittings, they first must replace termite damaged floors, water damaged walls, and rotten ceilings. Some homes don’t even have all four walls or a front door, but the homeowners cannot bear to see them torn down.

Stuart is going to help them fall in love with their homes even more by investigating the origins of the house and it is owners, informing viewers of the first homes of Australia and why they were built the way they were.

It’s not just a case of will their budget and time be stretched to the limit, but how are they going to do the property justice whilst creating homes suitable for 21st century living without losing the features they fell in love with in the first place.

From the federation eras all the way to mid-century modernist, there’s a style of house for every housing enthusiast.

Looks like ABC has dropped the US PGA Tour highlights from its schedule (it aired on late Monday nights last year). Golf fans will have to resort to the internet for vision every week.

Maybe something to do with this?

The PGA Tour have announced a new deal to stream live golf coverage into Australia via GOLFTV. Have you ever 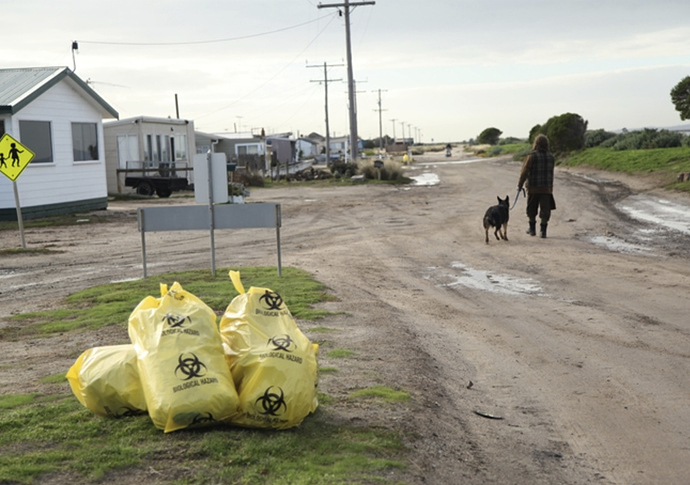 Des and Tam are members of a clean-up crew in a strange toxic wasteland. When they stumble upon what may be the wasteland’s last human survivor, these determined but lowly level 7s will have to decide between saving humanity or saving themselves. ODDLANDS is a story about two unlikely heroes who manage to find a little hope in the strangest of places. The question is, what will they do when they find it?

Produced by Matchbox Pictures and Back to Back theatre for ABC

The Cult of The Family 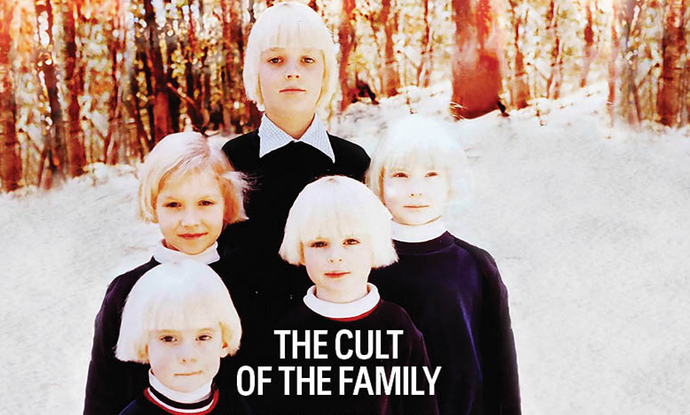 Featuring testimony from the cult survivors, their relatives & those who are only now prepared to speak on the record, this 3-part series tells the strange & shocking story of one of the most bizarre cults in modern history.

The apocalyptic group The Family and their guru, Anne Hamilton-Byrne — one of few female cult leaders — captured international headlines throughout the 1980s and 1990s. Hamilton-Byrne, a yoga teacher who some followers believed was Jesus Christ in a female form, was glamorous, charismatic and as many allege, a dangerous psychopath. From her base in in the hills above Melbourne, she recruited wealthy professionals to join her cult, including psychiatrists, doctors, lawyers, nurses, architects and scientists.

The series spans over half a century, digging deep into the cult of The Family and its duplicitous, alluring leader. At the heart of her cult was a dark and terrible secret – a bizarre experiment to raise a ‘master race’ of children who would save the world after Armageddon. Along with her husband Bill, Anne was able to collect numerous children - some through adoption scams, some born to cult members and others unwittingly handed over by single mothers - to raise as their own. Home-schooled in an isolated compound, dressed identically and with dyed blonde hair, these regimented children were controlled by a group of ‘Aunties’ under Anne’s supervision. In 1987, after one of the children escaped, police and community services raided The Family’s lakeside compound.

The children recount terrible stories of near starvation, emotional manipulation, physical abuse and dosing with LSD and tranquillisers, but Anne cannot be found.

Her disappearance sparks an international police hunt. Can she be brought to justice? Despite Operation Forest, a five-year police investigation over three continents, Anne walks away without a jail sentence and just a paltry $5,000 fine.

How did she get off so lightly? How did Anne maintain a hold over her followers? And how did such a notorious group come to flourish? 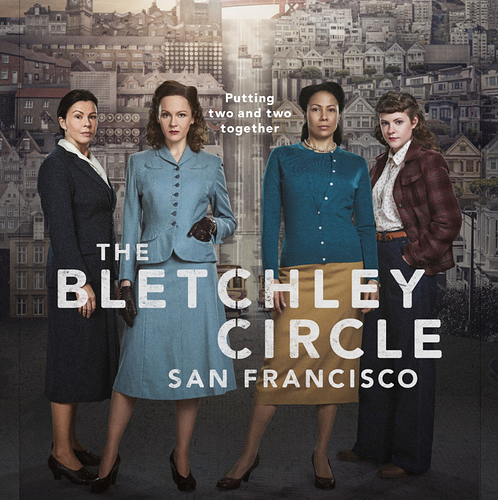 Set during the thrilling social change of the mid-1950s, these new episodes capture the lives of four remarkable women with extraordinary intelligence, breath-taking capacity for pattern recognition and an ingenuity for decryption. The series follows two of the original lead characters, Millie (Rachael Stirling, Churchill’s Secret) and Jean (Julie Graham, Shetland), as they travel to America and join forces with US codebreakers Iris (Crystal Balint, The Good Doctor, Prison Break) and Hailey (Chanelle Peloso, Zapped, Incredible Crew) to tackle a string of new murder cases. Using their unique skills and intellectual abilities, the four women solve complex mysteries that baffle local law enforcement.

The hugely successful drama returns with more laughs, tears and inspiring stories from the nurses and nuns of Nonnatus House.

Inspired by the memoirs of Jennifer Worth, Call the Midwife follows the nurses and nuns from Nonnatus House convent, who visit the expectant mothers of Poplar, providing the poorest women with the best possible care.

The year is 1963, and the midwives find themselves tested both personally and professionally as never before. All around them they see the old East End vanishing, as the local community expands and familiar homes make way for bold new tower blocks.

It’s not just the area that’s changing. The much-loved characters are joined by West Indian midwife Lucille Anderson – a funny and clever nurse who brings a fresh burst of energy to life at Nonnatus House. Through her eyes we explore the experiences of the Caribbean nurses who came over in the 1960s to support the growing NHS.

Together, the midwives face challenging issues including leprosy, tokophobia, stroke and Huntingdon’s disease, all while fighting their own personal battles. Trixie’s romance with Christopher continues to develop, Nurse Crane finds her authority questioned from an unexpected quarter, Sister Monica Joan is forced to accept her failing faculties, and life for the Turners is turned upside down when Shelagh decides to employ an au pair. All aboard with Griff Rhys Jones for ABC Benjamin Law will explore the relationship between Australia & China, through the eyes of his mother & father.

As part of the Melbourne International Comedy Festival, Tom Gleeson will host Australia’s comedy night of nights The Gala in support of Oxfam.

The Gala is the most anticipated night on the comedy calendar with wall-to-wall laughs from a huge lineup of local and international stars, including, Nazeem Hussain, Tommy Little, Paul Foot, DeAnne Smith, Becky Lucas and Rhys Nicholson.

Host Tom Gleeson is one of the sharpest minds in Australian comedy. His stand-up shows are relentlessly hilarious and masterful. Despite his ruthless grillings, he’s still got a lot of love to give!
Tom says “I can’t wait to show ABC viewers the funniest comedians from Australia and the world. It has been a dream of mine to host the Gala ever since I was asked to last week.”

This one-off spectacular is not just a great night out, it’s a chance to do some good. After all, laughter is the best medicine.

Oxfam’s ongoing partnership with the Festival has made a difference to the lives of thousands of people, tackling poverty head-on by providing clean water, decent toilets and practical, life-changing solutions for people in need.

The Gala will be held at Palais Theatre at St Kilda in Melbourne next Wednesday week (March 20) at 7.30pm and is already sold out.

Led by BAFTA and Golden Globe award-winning actress Brenda Blethyn as the unorthodox but brilliant DCI Vera Stanhope, the crime drama returns for an eighth series. Based on the bestselling Inspector Stanhope novels by Ann Cleeves, Vera and her team are drawn into four more compelling cases; the body of a police officer discovered in an abattoir incinerator, a mysterious car crash, a suburban back-garden murder and the circumstances that led to the death of a teenage boy. Set around Newcastle and the stunning Northumberland countryside Vera features complex and intriguing cases, atmospherically-shot landscapes and captivating performances.

Fast Tracked from the US…Killing Eve season two premieres next month on ABC.

The wait is nearly over. ABC is thrilled to announce that the new season of Killing Eve will be fast-tracked from the US, with episode one launching Monday 8th April on ABC iview.

Undoubtably one of the most talked about shows of 2018, Killing Eve was embraced by audiences around the world and now, finally, Jodie Comer and Golden Globe award-winner Sandra Oh reprise their roles as psychotic assassin Villanelle (Jodie Comer) and MI5 intelligence agent Eve Polastri (Sandra Oh), reigniting their deadly game of cat and mouse.

With new episode dropping every Monday on iview from 8th April, and the series broadcast weekly on ABC from Friday 19th April, the new season of Killing Eve picks up where series one ended…literally 30 seconds later to be precise!

Audiences will discover the fate of Villanelle as she stumbles through Paris nursing the stab wound inflicted by Eve. While Eve heads back to the UK to face her husband and potentially the wrath of MI6’s Carolyn Martens (Fiona Shaw). But just whose side is Carolyn on? and can Eve trust her?

Killing Eve is written by Phoebe Waller-Bridge ( Fleabag ) and is based on the four-part novella series Codename Villanelle, written by Luke Jennings.

ABC will air the Al Jazeera documentary How to Sell A Massacre tonight and Thursday at 8pm.