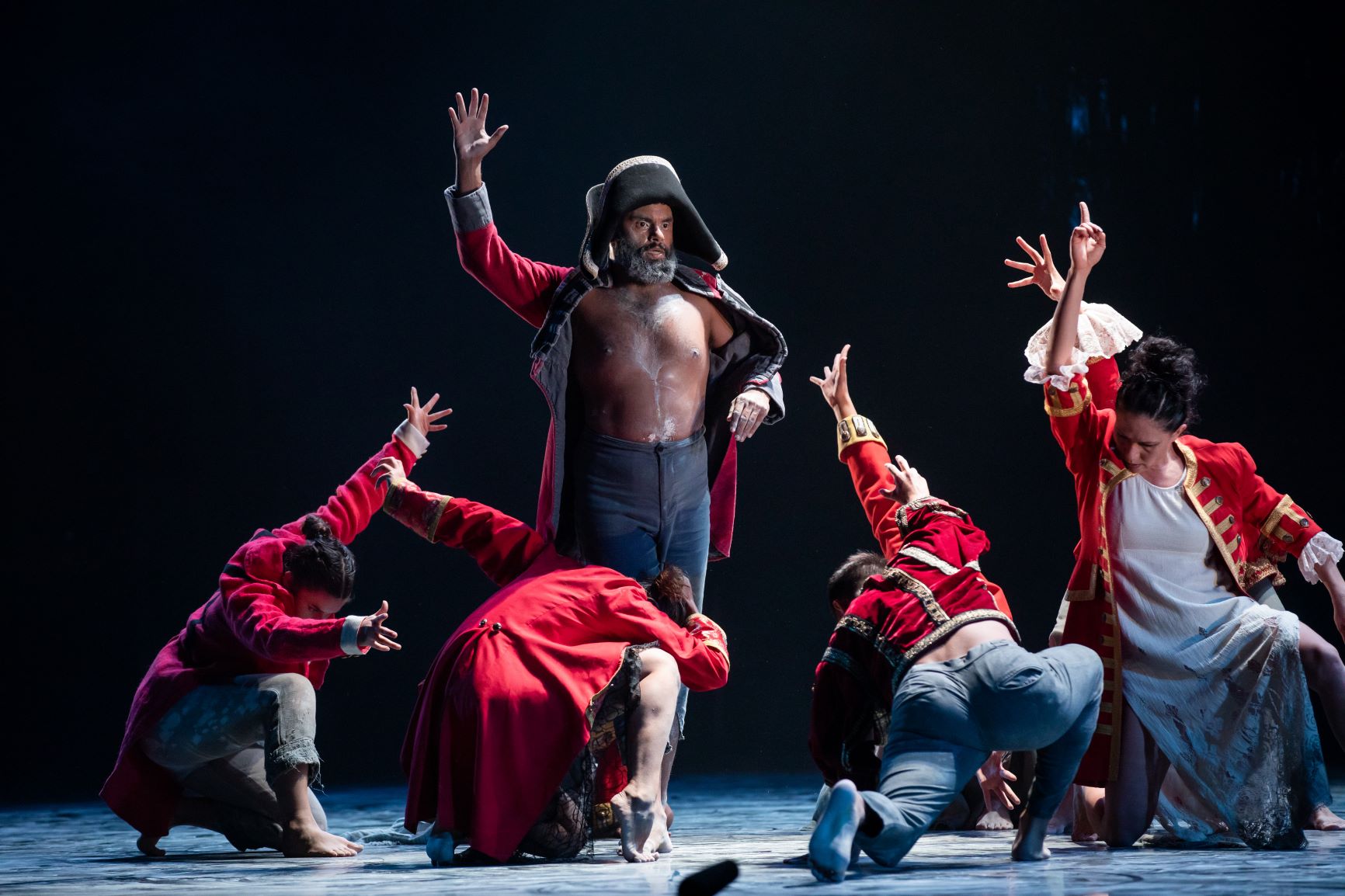 BBC secures ‘Firestarter: The Story of Bangarra’ - IF Magazine

ABC Commercial has inked a deal with BBC (UK & Ireland) for Firestarter: The Story of Bangarra, with the documentary to be broadcast on BBC Four TV channel and iPlayer digital platform.

Firestarter will air on BBC Four next year.

Good seeing the first Christmas Week schedule out there. Very efficient from the ABC.

I assume 7.30 is airing on Monday 20 December? And Outback Ringer starts on the Tuesday? Does 7.30 usually take a break over the Christmas period? I can’t remember.

Nice seeing that the ABC News is airing a 40 minute edition on Christmas night (Saturday).

We have received up to week 3 of ABC Schedules so they are well ahead in their planning.

The Queen’s Christmas Message will probably start at 7:30pm - it’s TBA at the moment though so not included in schedule.

Costa Georgiadis mentioned Peter Cundall’s death at the start of this week’s episode of Gardening Australia. Costa said that in accordance with Peter’s final wishes, they would not show any tributes or images of the former host on air, however Costa urged the show’s fans to make their own tributes by growing plants, fruits etc in their backyard. 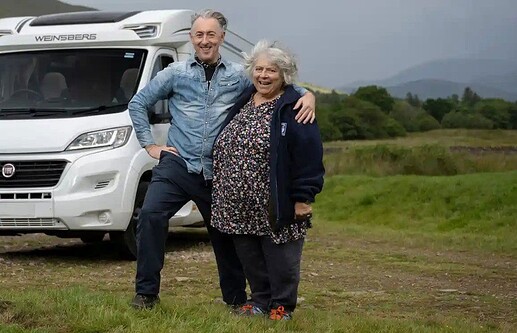 Starting in Glasgow, Miriam and Alan visit the street where Miriam’s Jewish family first lived in Scotland, then journey north into the Highlands. Alan learns about his ancestral past at Cawdor Castle, then they meet up with fellow actor Bill Paterson and stop off in Carnoustie, where things take a somber turn as Alan remembers his abusive childhood. 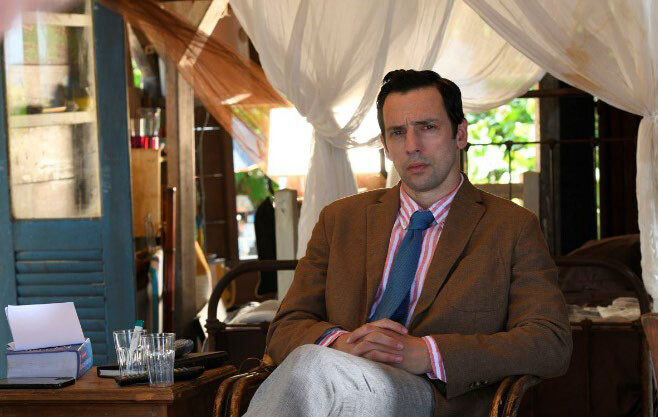 The popular British whodunit series Death in Paradise is back for its tenth anniversary series as D.I. Neville Parker (Ralf Little) attempts to solve a slew of mysterious murders in the sun-soaked Caribbean.

When a TV news presenter is found strangled in her pool, D. I. Neville is sure that her popular co-
host is guilty. But given that the suspect was live on air at the time of the murder, how could he have done it? Meanwhile, the team welcomes back an old colleague.

All Creatures Great and Small 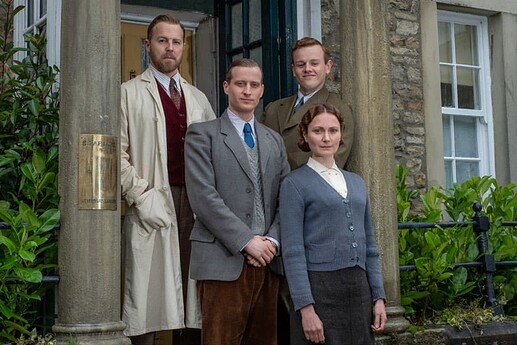 A new adaptation of best-selling author James Herriot’s cherished collection of stories. Fresh out of Glasgow Veterinary College, James follows his dream to become a vet in the magnificent Yorkshire Dales.

Fresh out of Glasgow Veterinary College, James Herriot (Nicholas Ralph) follows his dream to become a vet in the magnificent Yorkshire Dales. He soon discovers that treating the animals is as much about treating their owners, and the Dales’ farmers are a tough crowd to please.

When local beauty Helen Alderson attracts James’s attention, he finds another, more enduring reason to stay in the Dales. 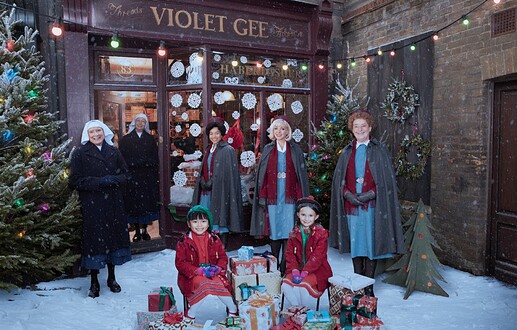 It’s December 1965 and everyone at Nonnatus House is looking forward to traditional celebrations with all the trimmings, but nothing goes quite to plan.

Sister Monica Joan (Judy Parfitt) is rushed to hospital, and Trixie (Helen George) is incensed to receive a subscription to a Marriage Bureau as a Christmas gift.

Meanwhile, a surprise reunion for Shelagh (Laura Main) involves her in a deeply moving birth, and the Circus arrives in Poplar, bringing new friendships, new experiences, and an exciting adventure for Nurse Crane (Linda Bassett). 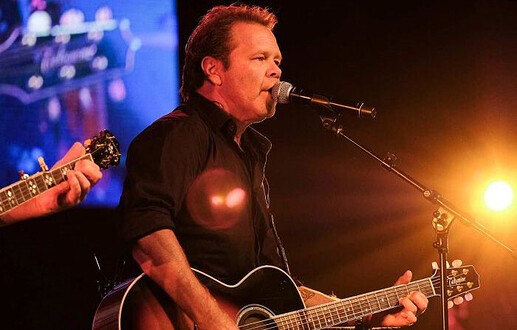 This night of nights of country music will feature the top artists and their songs from 2021 and also special performances of many of Australia’s most beloved country hits by our biggest stars.

The 50ᵗʰ Annual Golden Guitar Awards is produced by Tamworth City Council and is usually the culmination of the Country Music Festival, an event that attracts tens of thousands of people from around the country to Tamworth.

The three-hour star studded gala concert will be simulcast on ABC Country which will provide the legion of hardcore country fans the opportunity to watch the full event. A 90-minute, edited highlights program will be broadcast the next day on ABC TV.

Australian of the Year 2022 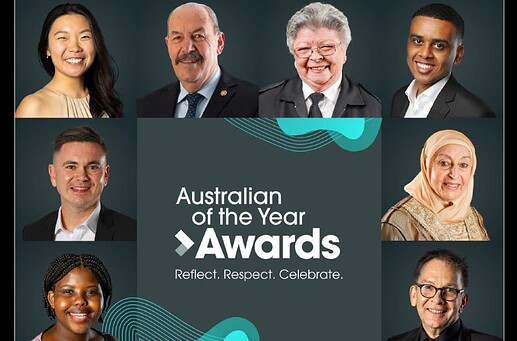 From Canberra’s National Arboretum, hosted by Hamish Macdonald and Susie Youssef, the Australian of the Year Awards recognise the achievements of extraordinary Australians.

The evening’s celebrations will be hosted by Hamish Macdonald and Susie Youssef with the Prime Minister, the Hon Scott Morrison presenting the four category awards as they are announced, culminating in the announcement of the Australian of the Year 2022.

The event will include performances by Marcia Hines.

ABC Canberra’s Dan Bourchier will broadcast live on ABC Radio from 7.00pm-10.00pm AEDT, bringing you the behind-the-scenes colour of the event.

On January 26, at 8.30am local time in each state and territory, the first feature length interview
(30 minutes) with the recipient of the Australian of the Year will air on ABC Radio local stations. 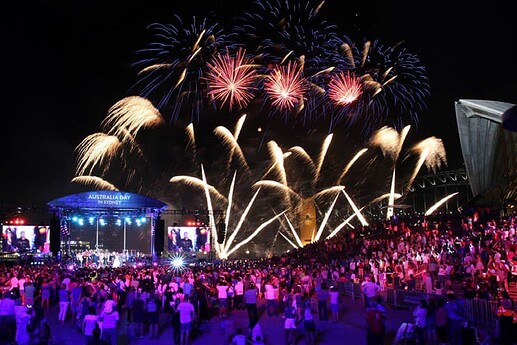 Australia Day Live at the Sydney Opera House and spanning Circular Quay showcases our nation’s best musical stars with tributes to our country, combined with a fireworks and maritime show.

As the sun sets on our national day, Australia Day Live from the Sydney Opera House forecourt and spanning Circular Quay is just getting started with an inspiring and uplifting finale to our national day featuring powerful storytelling, moving tributes and sensational entertainment on both land and water.

Australia Day Live showcases musical performances from our nation’s best talent complemented by a dazzling watercraft extravaganza of yachts, jet skis, fly boarders, and parachutists dropping in to join the fun. All this along with Sydney’s iconic landmarks and harbour create an incredible backdrop for a brilliant fireworks and light show.

Australia Day Live will be hosted by John Foreman, Casey Donovan and Jeremy Fernandez. Further information about the talent line-up will be available in January 2022.

The two-hour spectacular is produced by the NSW Government and Australia Day Council of NSW with creative direction led by music maestro and Creative Director John Foreman OAM together with composer, producer, multi-instrumentalist and vocalist William Barton.Australia Day Live will be hosted by John Foreman, Casey Donovan and Jeremy Fernandez. Further information about the talent line-up will be available in January 2022.

Since it began in 2016, Australia Day Live at Sydney Opera House has proven much more than a concert; it reflects a nation with a complex past coming together to recognise our history, embrace our diversity and celebrate community, the Australian spirit and our many great achievements. 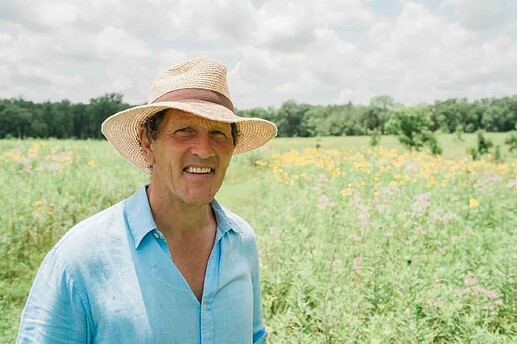 Monty Don visits some of the most famous and interesting gardens in America.

Monty Don O.B.E. is the UK’s leading garden writer and broadcaster. He has been making television programs for over thirty years on a range of topics, spanning travel, craft, outdoor living and, principally, gardening.

What is an American garden? Is there such a thing and if so, what does it look like? In this three- part series, Monty visits community gardens in New York and historical gardens in the South before exploring the Arizona desert and vast West Coast.

This episode Monty visits the east; from Missouri to Chicago, then across to New York and Philadelphia.

In this first episode Monty begins his journey in a prairie, the original American flowering wilderness. Much of the prairie has disappeared but he meets a couple who have revived the tradition and enjoy showing it to him in full bloom.

In New York he explores vegetables being grown on the city’s rooftops, he rolls up his sleeves to help an enthusiastic community in the Bronx plant up their allotment and he learns about the history of America’s most famous public green space, Central Park.

He also travels to the garden city of America, Philadelphia where he visits one of the country’s most famous gardens and enjoys a modern version of a prairie garden.

As he travels across the country, he learns about the history and culture of American people and their gardens and marvels at the enthusiasm and energy that makes the country so special. 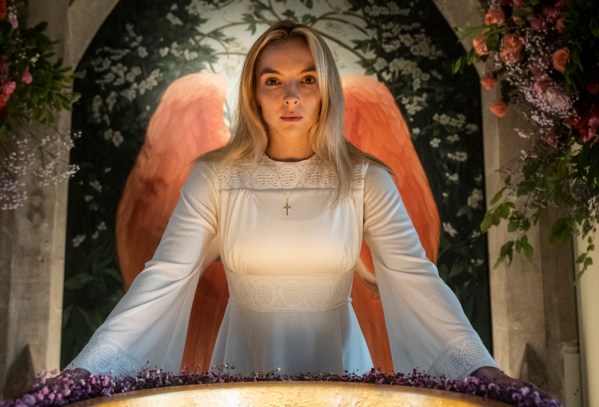 Killing Eve will be back to slay — in several senses of the word — just after Valentine’s Day.

ABC could show Killing Eve in late February/early March 2022 by the looks of it?

Repeat episodes of Vera will be scheduled on January 16 & 23 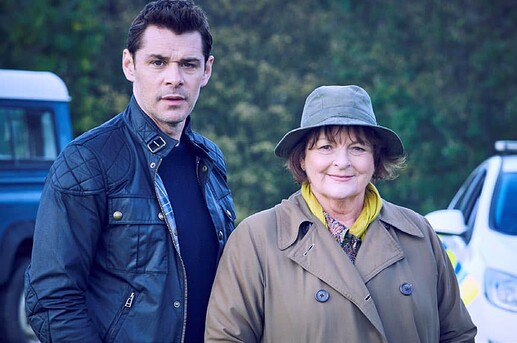 DCI Vera Stanhope must unravel the mystery of a murdered family man, found beaten at the Collingwood Monument the day before he was due to testify in court.

When the body of well-respected local builder, Jim Tullman, is found beaten to death on the steps of the Collingwood Monument, DCI Vera Stanhope (Brenda Blethyn) questions how such a seemingly beloved and imposing figure could be attacked so viciously.

The mystery deepens when she discovers that Tullman was to testify against Marcus Hynde a promising cadet footballer facing charges of GBH. Are the two crimes connected?

The traumatised victim, Victor, and his sister Monica demand their day in court, while Hynde’s delinquent brother Patrick and fiercely protective mother Andrea insist that Tullman was wrong Marcus is innocent!

As Vera delves deeper into Jim Tullman’s life she discovers unresolved bitterness between his estranged wife Barbara and doting son John Paul, while tensions with old family friends Gary and Lesley Clayton threaten to spill over.

Vera must see through the web of family grievances, jealousies and lies to ensure justice is done. Production credit: Made by Silverprint Pictures, part of ITV Studios, for ITV.

I think the delay is due to new episodes from series 11 of Vera resuming in UK on January 9 next year, from episode 3. The ABC currently has the first two episodes on the shelf, and will now have the option of fasttracking the rest of the series 11.

ITV confirms return date for Vera series 11 - and it's so soon! 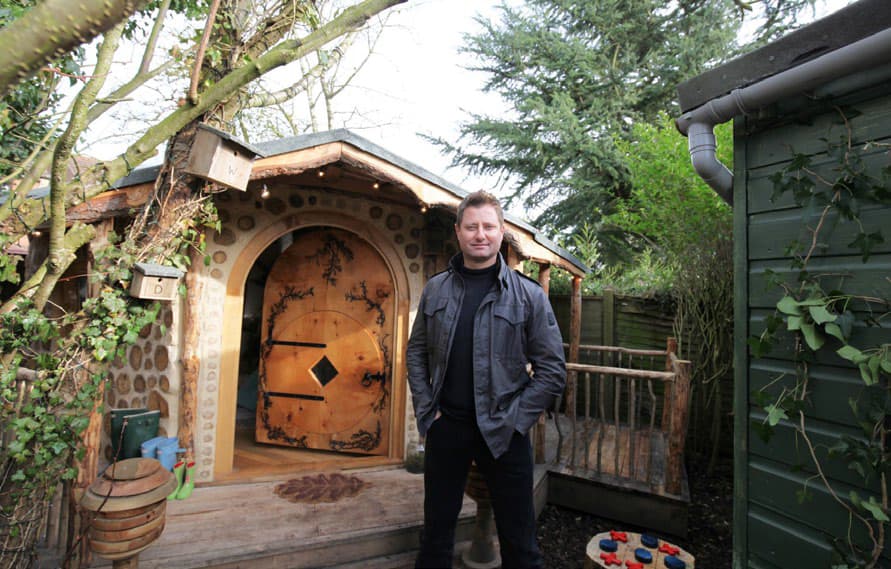 George Clarke’s back with more Amazing Spaces exploring the extraordinary world of small builds, where people turn tiny spaces into the most incredible places to live, work and play. He even tries making a few of his own!

In episode 1, he meets a couple creating a disappearing bathroom and a man squeezing a camper into a Reliant Robin. He also discovers Chile’s stunning architecture and plans his hardest ever build - an observatory.

The awards and the Tamworth Country Music Festival have been postponed to mid April 2022, after NSW Government imposed new COVID safety measures this afternoon. According to the festival website, a further update on the rescheduled event will be made next week.

@ABCTV
Changes to today's programming: Today's WNBL game between the Boomers and UC Capitals has been postponed due to COVID-19 protocols.
2 Likes
TV.Cynic January 12, 2022, 10:12am #1406 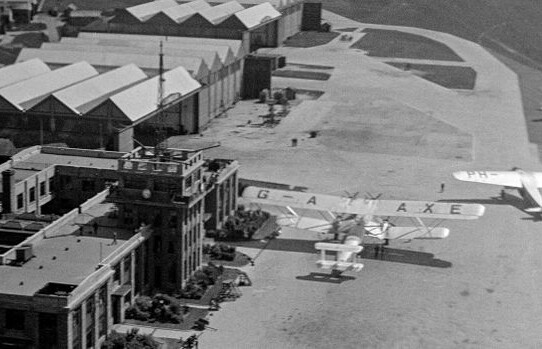 Presented by JJ Chalmers and Raksha Dave, learn about the three days that led up to the Second World War and changed the world forever.

Experience the extraordinary 72 hours that culminated in World War Two.

On Friday 1st September 1939, Germany invaded Poland and the clock started ticking. On Sunday morning, Britain had declared war. Learn about the three days that led up to the Second World War and changed the world forever.

Over three episodes, Presenters JJ Chalmers and Raksha Dave reveal exactly what happened on each of those three critical days. They visit key locations, meet historians and unearth startling archive material. – and speak with the descendants of those involved who share their relatives’ spellbinding stories.

Production credit: A Voltage TV and Motion Content Group Production for Channel 5 in the UK.

According to Australia Day NSW website, free tickets to the event will be available at the website next Tuesday (January 18) at 10am Sydney time.