Please don’t feel the need to continue that

ABC has had 60,000 responses to its second survey of questions posed to 'real Australians.' 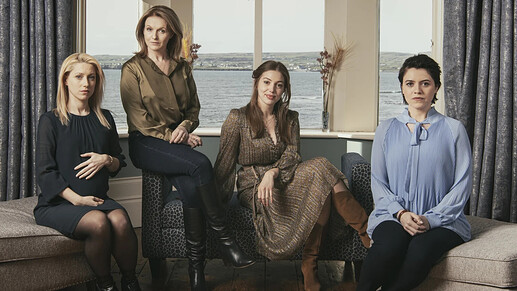 On the rugged coast of County Clare, Val Ahern’s husband is found dead at the foot of a cliff the morning after a family party. The matriarch starts to dig into the family’s secrets to find out who might be responsible.

BBC Studios and RTÉ production. Premiered in March on RTÉ One 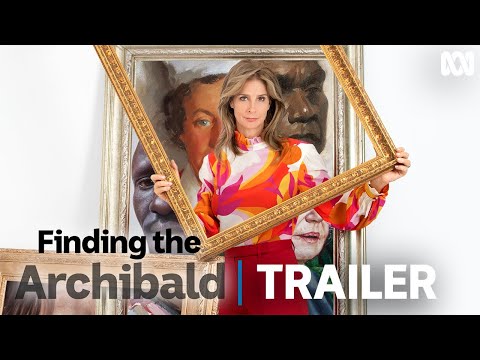 Art lover and actor Rachel Griffiths is going on a cultural and reflective romp through Australia’s most coveted and controversial arts prize this June in the three-part part series Finding The Archibald . Starting Tuesday 15 June at 8.30pm on ABC and ABC iview, Rachel takes a deep dive into the 100-year history of the Archibald Prize.

Finding The Archibald also follows Natalie Wilson from the Art Gallery of NSW on her pursuit to curate an ambitious exhibition that celebrates 100 years of Australia’s oldest and most-loved portrait award, the Archibald Prize.

Rachel’s journey into Archibald history becomes a personal mission, as she attempts to find one portrait that encapsulates the changing face of Australia over the last century. Along the way Rachel catches up with Archibald artists such as Ben Quilty, Natasha Bieniek, Vincent Namatjira, Abdul Abdullah, Wendy Sharpe and Vincent Fantauzzo and subjects including Asher Keddie, Wendy Whiteley, Deng Adut, John Howard and Penelope Seidler.

Travelling across the country on an elaborate treasure hunt, Rachel immerses herself in a face-fest and cultural reflection of our nation throughout the past century. How have our social values changed over the years? Who were our ‘heroes’ then and who are they now? Who decides who is worthy of being immortalised and why? How does the Archibald reflect the changes in who we are? Can Rachel find ONE portrait that not only encapsulates this changing face of our nation, but that will stand the test of time for another 100 years?

Rachel Griffiths said: “It’s been a thrill to collaborate with Mint Pictures on Finding The Archibald because I’m a huge art enthusiast and have been surrounded by art all my life – my mum was an artist and I’m married to an artist. And so being asked to look at thousands of portraits was a pleasure, although being challenged to single out just ‘one’ was a confronting mission.

But for me it’s really all been about the journey; plunging through a century of fascinating and revealing Australian stories as reflected through our annual face-fest. And while it’s a wonderful series about art, at its core it’s really a series about us, our identity and our image of ourselves. I hope it provokes discussion and debate.”

“Archie 100 is the result of many years of research into more than 6000 works shown in the Archibald to date, and a national public appeal for help to locate lost portraits. The exhibition features a selection of works that uncover fascinating changes in society and enable people to experience how artistic styles and approaches to portraiture have changed over the course of a century.”

First awarded in 1921, the Archibald Prize was established following a bequest from former Art Gallery of NSW trustee and co-founder of The Bulletin magazine, JF Archibald (1856-1919), whose aim was to foster portraiture, support artists and perpetuate the memory of great Australians. The open competition, which is judged by the trustees of the Gallery, has been awarded annually (with two exceptions: 1964 and 1980) to the best portrait, 'preferentially of some man or woman distinguished in art, letters, science or politics, painted by any artist resident in Australasia’.

Today the Archibald Prize is one of the country’s most prestigious arts prizes, and the annual exhibition draws tens of thousands of patrons to the Art Gallery of NSW each year. 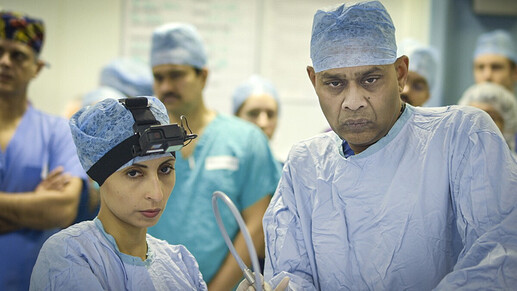 Pioneering surgeons perform extraordinary operations on babies who are still inside the womb, saving lives before they are born.

True stories of pregnancy and childbirth through the eyes of the women and the medical teams who treat them, including the doctors who perform intricate and extraordinary operations on babies who are still inside the womb. 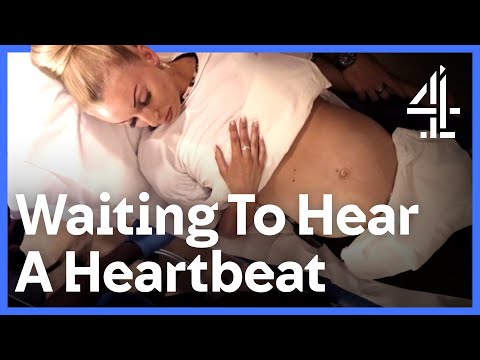 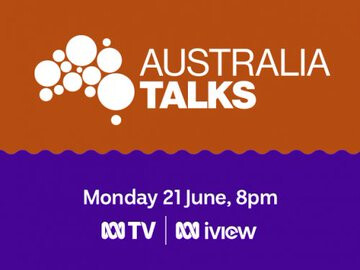 The ABC will be bringing you stories about some of those “seismic” shifts across our digital platforms, radio and television programs over the next four weeks, and inviting audiences to join the conversation.

Annabel Crabb and Nazeem Hussain will be wrapping up Australia Talks in our televised special on Monday, June 21 at 8pm on ABC TV and iview , taking you through all the tidbits we’ve found along the way.

“The thing about the Australia Talks dataset that makes it so fascinating isn’t really about the individual questions. It’s about the way you can slice and dice the data and see it move,” Crabb says.

"The way different genders and states and age groups and ethnic groups move differently across different questions. That’s what I love picking through.

“It’s such a powerful reminder that an individuals we are a collection of attributes, not just one.”

Australia Talks returns to find out what you – and your neighbours – think and feel. [image] This year the Australia Talks National Survey was even bigger than last time. We polled more than 60,000 Australians across every State and Territory and federal electorate. We asked almost 600 questions not found in the Census, covering issues big and small to learn more about what matters to us all. Should the coronavirus vaccine be mandatory? Do you like your boss? Is racism prevalent in Austra… 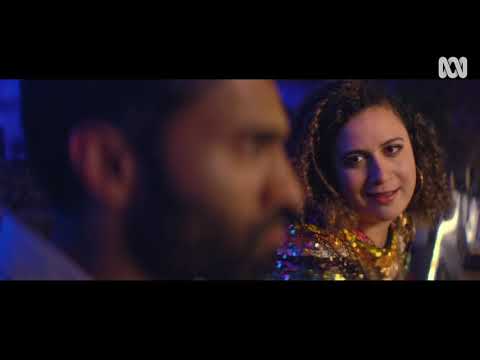 Following its successful series debut in the UK last month, Edinburgh Comedy Award-winner Rose Matafeo’s ( Baby Done, Taskmaster, Squinters ) new romcom Starstruck will premiere on ABC iview with all episodes available to binge from Wednesday 23 June at 9pm . The six-part series follows the endearing antics of Jessie (Rose Matafeo) as she navigates the complications that arise after having a one-night stand with a celebrity.

What she thought would become an amusing anecdote soon turns into something more, as the couple realise they can’t keep away from each other. Jessie’s world couldn’t be further from Tom’s, working multiple jobs to afford her overpriced flat she shares with her best friend, Kate (Emma Sidi; Pls Like , King Gary ). Despite her doubts and his fame, their connection brings them together to try to navigate a possible relationship under less than ordinary circumstances.

“Starstruck… looks set to become the next cultural phenomenon.”

“What sets Starstruck apart as a romcom is Matafeo’s sharp, believable writing… that underlines Matafeo’s status as an assured comic voice of her generation.”

“a promising new comedy from writer and comedian Rose Matafeo and it’s definitely the best new sitcom this year.”

A somewhat odd programming decision for a show which has been rating well (better than The Weakest Link did this week anyway) for ABC-TV, no?

From Friday 2 July at 8pm 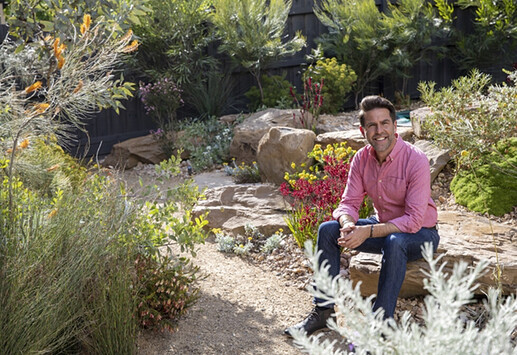 Dream Gardens hosted by Michael McCoy, one of Australia’s leading landscape designers, is back in a stunning new series.

Dream Gardens - Season 3 [image] From Friday 2 July at 8pm Dream Gardens hosted by Michael McCoy, one of Australia’s leading landscape designers, is back in a stunning new series. “Good design can totally transform the way we live, leading to truly irresistible gardens that make full use of every square centimetre of our ever-dwindling outdoor spaces. The arrival of COVID-19 has elevated the importance of well-designed gardens still further, as they’ve become our pri…

Dream Gardens will air on Fridays at 8pm (from July 2). Does this mean that Gardening Australia will be having a break? Or airing a shortened 30 minute show at 7.30pm?

Movin’ to the Country ABC

ABC’s new lifestyle series Movin’ to the Country debuts in July [image] From Friday 2 July at 7.30pm Growing great ideas in Regional Australia Australians are moving to the country faster than you can order a soy latte to go with your smashed avocado. New research released by the Regional Australia Institute (RAI) shows one-in-five city residents are considering a move to the regions, with more than half wanting to make the jump within the next twelve months. The global pandemic and work-… 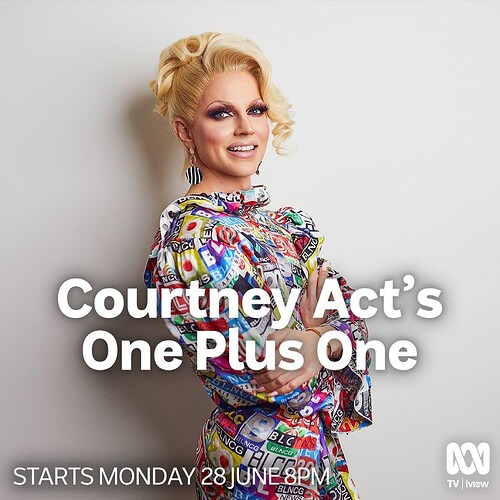 She’s the new host of ABC’s One Plus One starting June 28th in the new prime time slot Monday nights at 8pm!

Over five episodes, Courtney will flex her interview prowess to shine a spotlight on some of Australia’s young gamechangers, who are striving to make a difference not only in their own lives but who also entertain, educate, and positively inspire others around the world.

Courtney’s guests open-up to her about their lived experiences, beliefs and challenges that have help shape their thinking and direction in life. In their own way, each guest illustrates the complex nature of the world as Courtney explores both their achievements and failures with empathy, admiration and a sense of fun.

Just incase anyone was wondering why there’s a double-episode finale of Love On The Spectrum next week - from the ABC’s Documentary Manager/Commissioning Editor/Filmmaker:

@SydneyCityTV @impossible_cut We commissioned 4 episodes but the characters and stories are so strong that we made 5 episodes... but the slot was only 4 weeks hence the bumper double episode next week - which is not to be missed...
1 Like
← previous page next page →
Get Connected: Like us on Facebook | Follow us on Twitter