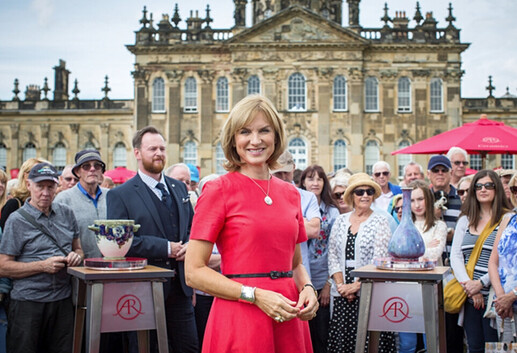 Episode 1: The magnificent Castle Howard in Yorkshire is first stop as thousands of visitors raid their attics to bring in family heirlooms to show the experts. Objects brought to light suggest that four decades on there are plenty of unrecognised and valuable pieces still out there. 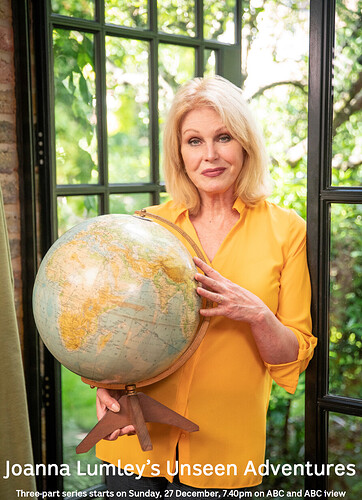 Actress, presenter, and much-loved travelling companion Joanna Lumley returns withthis brand-new three-part series, to share her previously unseen travelling adventures.Joanna goes back as far east as Japan and across the world to Cuba in the west, to share her treasure trove of unseen stories and give viewers an insight into how her travel programs are made and why she loves to make them.

Featuring behind-the-scenes footage and outtakes, we join Joanna at home as she recalls some of her most memorable journeys and hidden gems from her travels.

The series offers viewers the chance to escape back to some incredible countries and enjoy their breathtaking scenery, with the added joy of witnessing what really happened along the way - from translation struggles, to filming with an overzealous dog and the challenges of extreme weather conditions.

“I’ve been lucky enough to visit some incredible places over the years. Travel is my passion; it is in my blood. What you eventually see on your screen takes weeks to shoot and months to edit and we didn’t always have time to show you everything we filmed. We have kept the unseen stories safe and now I can reveal this treasure trove!” Joanna Lumley.

Travel is Joanna Lumley’s passion. She has travelled the world, thousands of miles that take weeks to shoot and months to edit. Inevitably, she has never been able to show us everything – but now she is revealing unseen stories and special moments of how these journeys are made, and why she loves making them. Starting in the Far East on the frozen Japanese sea of Okhotsk, she takes us across China, Mongolia, and ends at Lake Baikal in Siberia, where she meets some amazing seals.

Danny and the Human Zoo 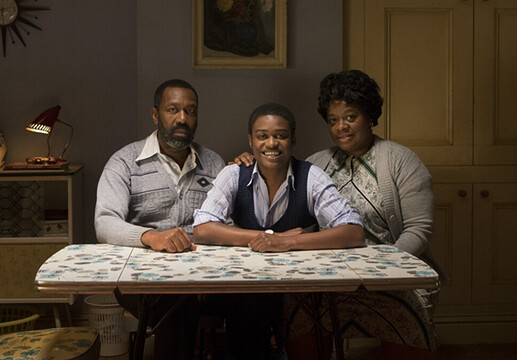 A heart-warming, comic feature drama, loosely based on actor and comedian Lenny Henry’s life as a working-class teenager in 1970s Dudley.

The story centres around Danny Fearon (Kascion Franklin), a talented impressionist, and his working class Jamaican family. When Danny wins a talent competition at the local club he soon finds himself working the comedy circuit, eventually hitting the big time on TV, an unheard-of achievement for a young black boy. Danny has it all – fame, fortune, and the girl of his dreams.

But Danny’s new life isn’t all it seems. Exploited by an unscrupulous agent, Danny’s success drives a wedge between him and his family, including his colorful, high-spirited mother (Cecilia Noble) and pragmatic father, portrayed by Lenny Henry. Having made his name by becoming other people, Danny has to save himself by finding out who he really is. 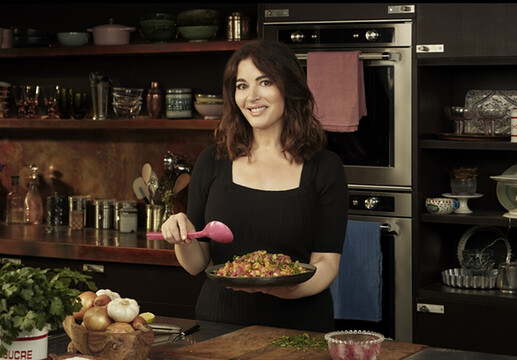 Nigella is back on our screens with the new series Cook, Eat, Repeat. Once again viewers can revel in the joy that Nigella and her food brings. Nigella’s calm unhurried approach and genuine pleasure in the food she makes, and eats will inspire everyone with a range of recipes that takes the most familiar of ingredients and simply elevates them to a different plane. This is home cooking at its best, combining simplicity and innovation to deliver unforgettable food that as the title suggests we will want to cook again and again.

Over 6 episodes Cook, Eat, Repeat will see Nigella at her most witty and thoughtful revealing where she finds inspiration for her recipes, from delving into her collection of vintage cookbooks to exchange ideas on social media. In this series Nigella gets to the heart of how food is woven into our everyday lives and the connection it provides - she’ll share the rhythms and rituals of her kitchen through a multitude of delicious recipes that will bring weekly servings of comfort and cheer to the nation.

Cook, Eat, Repeat debuted on the BBC on November 9 and episode 7 (scheduled for UK on December 21) is a one-hour Christmas special. It was Nigella’s first show since COVID-19 lockdown in Britain.

Nigella Lawson is to return to TV with a new series of 'Cook, Eat, Repeat' to explore her favourite vintage recipes

Strange that the ABC only provided synopses for episode 3 and episode 4 for Rick Stein’s Secret France. Where’s episode 1 and 2? There are six episodes in the series. 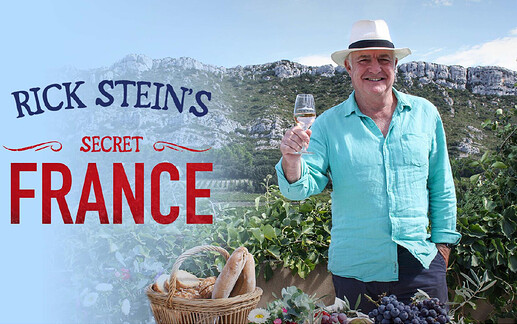 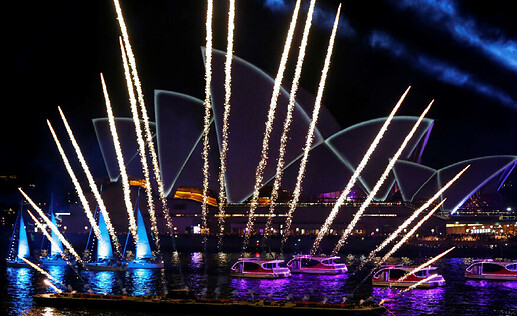 The unforgettable Australia Day Live from the Sydney Opera House forecourt is a fitting finale to our national day. Produced by the NSW Government with music maestro and Creative Director John Foreman OAM, this two-hour spectacular event will feature musical performances by top Aussie talent choreographed to spectacular fireworks displays, a flotilla of yachts and jet-skis dazzling Sydney Harbour.

Some of Australia’s most loved and legendary singers and entertainers will be taking centre stage overlooking Sydney Harbour and paying tribute to Australia with a selection of smash hits.

Further information about the talent line-up will be available in January 2021.

Since it began in 2016, Australia Day Live has become much more than an event or concert, it is a showcase of inspiring stories of new citizens, Aboriginal culture and history and a symbol of community and unity. It is about a nation coming together to celebrate our Australian Spirit and our many great achievements.

Van Der Valk has been renewed and will again be shown on the ABC. 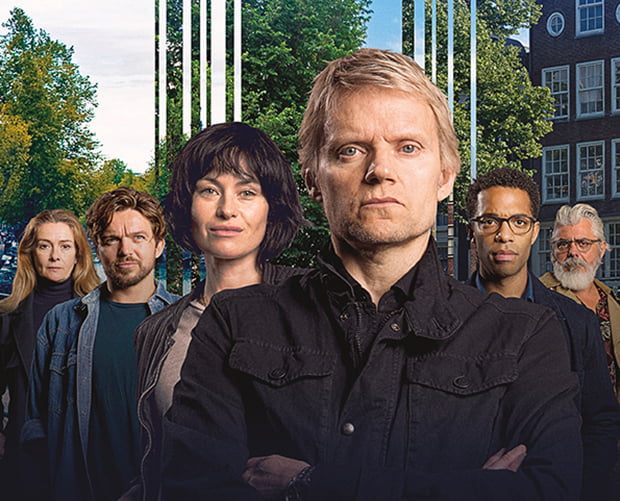 European detective drama Van der Valk has been renewed for a second season by ARD in Germany, PBS Masterpiece in the US and ITV in the UK.

This is offensive to the indigenous population.

It has been replaced by the full replay of WNBL semi-final 2 between UC Capitals and Melbourne Boomers. 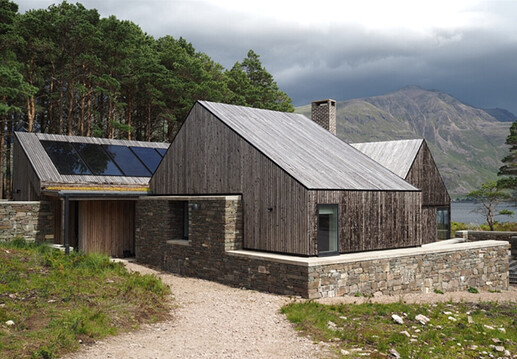 Kevin McCloud embarks on a nationwide journey to examine some of the most contemporary and cutting-edge homes in the running for the 2019 Royal Institute of British Architects House of the Year. Each week, Kevin reveals which houses the RIBA judges have selected to shortlist, and, in the final program, announce the winner of this prestigious prize.

Australian of the Year Awards 2021 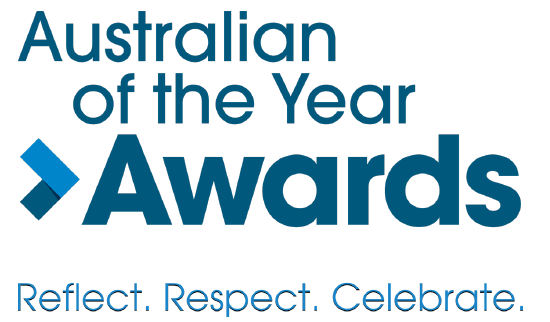 The Australian of the Year Awards celebrates the achievements and contributions of outstanding Australians throughout the last year. There are 32 people in contention for four prestigious award categories:

The evening’s celebrations will be hosted by Hamish Macdonald and Susie Youssef with the Prime Minister, the Hon Scott Morrison presenting the four category awards as they are announced, culminating in the announcement of the Australian of the Year 2021.

The event will include performances by Christine Anu.

ABC Canberra’s Dan Bourchier will broadcast live on ABC Radio from 7.00pm-10.00pm AEDT, bringing you the behind-the-scenes colour of the event.

On January 26, at 8.30am local time in each state and territory, the first feature length interview (30 minutes) with the recipient of the Australian of the Year will air on ABC Radio local stations. 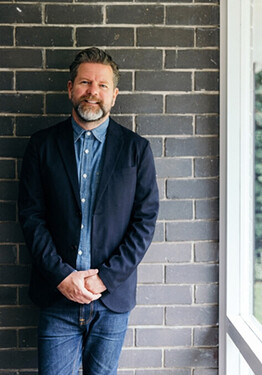 “Architecture isn’t about buildings at all, it’s about people.” – Paddy Dorney, son of architect Esmond Dorney.

“I believe that architecture has a spirit that can elevate us all, and that what we build, ultimately builds us. That is ‘Designing a Legacy’.” Tim Ross

Comedian, architecture enthusiast and design nerd Tim Ross takes us across Australia to meet the families whose lives have been shaped by the exceptional designs of their homes.

In this one-hour documentary, Tim explores how the architecture of our homes has the ability to affect more than those who grow up in those four walls - when we build with consideration and conviction.

Travelling from Queensland to Tasmania and stopping at inventive homes both unusual and surprising, Tim reveals their hidden stories to discover how what we design plays an important part in forging our national identity.

With stories of love, scandal, hope and care - this isn’t your typical show about buildings and architecture. It is a love letter to the people who devote themselves to making amazing homes, and what happens when they have to move on. 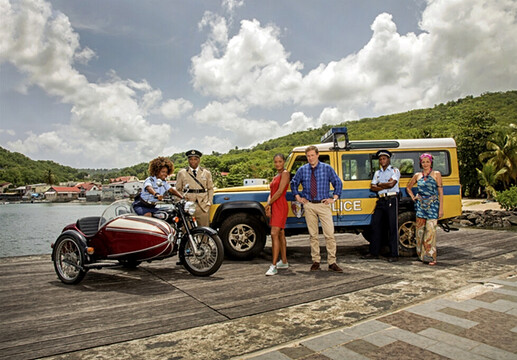 From Saturday 6 February at 7:30pm

Detective Inspector Jack Mooney may have settled into life on the glorious Caribbean island of Saint Marie, but the murders keep coming. From an apparent serial killer on the loose on New Year’s Eve to an artist found poisoned in her studio, the cases are more baffling than ever. And an unexpected romantic encounter prompts some soul-searching for Jack.

With the news that Jack is leaving, the team are in need of a new DI, who arrives in the form of one Detective Inspector Neville Parker from Manchester. Which is lucky, because Neville’s a brilliant puzzle-solving detective with an incomparable knowledge and intellect. The only problem is, Neville is allergic to anything and everything and refuses to live outside his comfort zone. Which means the Caribbean is basically a living nightmare for him. He can see how Saint Marie is wonderful for those who love it, but it really doesn’t agree with him. For DI Neville Parker at least, paradise it is not…

Neville can’t complain for long though: he has some puzzling murders to solve. From a survival expert stabbed on a remote island to a woman killed behind two locked doors, Neville has his work cut out from the get-go. As do the rest of the team, as they try to make sense of their new boss… 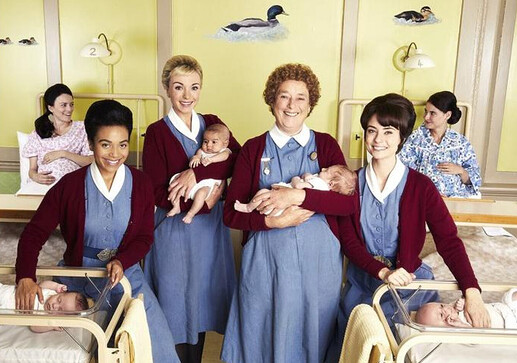 From Saturday 6 February at 8:30pm

The medics and midwives of Nonnatus House encounter new challenges as the population shifts, rules change, and old diseases return. Meanwhile, their own experiences are fuelled by love, loss, and
doubt.
January 1965. As the nation mourns the death of Winston Churchill, tower blocks multiply, and a new East End rises from the ashes of the old. Society becomes more prosperous, but more complex.

The Nonnatus House team of medics and midwives face unexpected challenges as the population shifts, rules change, and old diseases come back to haunt them. Alongside the joy and optimism of birth, they must cope with cases including diphtheria, drug abuse, cancer, tuberculosis, and fistula. As well as getting to grips with the real-world events unfolding around them – from serious political developments to the latest music, movies, and fashion. Meanwhile, the very future of Nonnatus House comes under threat.

Cook, Eat, Repeat Christmas special is the 7th episode of the series. It aired in UK on Monday this week.

The Christmas tree is up, lights are sparkling, wood burns in the fire pit. In this festive special Nigella brings warmth to brighten up even the darkest days with treats from gloriously pink cocktails to doughnuts.

The first six episodes will air at Fridays 7.30pm from January 1 as scheduled.

Due to COVID-19 restrictions in Sydney, the match has been postponed to December 30 and will be shown on Fox Sports only.
It means the round 2 clash between Canberra United and Sydney FC will be the ABC’s first televised match of the season.

I saw an interesting short film on ABC TV at lunchtime today. It was called Groundhog Night and it was part of Re-Frame, an anthology of short films made by people disability. It was hosted by Bridie McKim, the young actress from The Heights, who spoke to those involved in interview links between the movies.

Groundhog Night featured some big name actors too like Robyn Nevin, John Batchelor, Chris Haywood, Susan Prior and Emily Dash. Apparently, the writer/actress Genevieve Clay-Smith is working on turning this short film into a series. I quitd enjoyed it and I hope that happens.

Re-Frame was produced for the International Day of People with a Disability and has been available on iview. Did it ever screen in prime time? I don’t remember seeing anything about it.

Although, I was a bit shocked that this program screened in a daytime school holidays slot on ABC TV with some of the adult content and F-bomb language.