The ABC has launched the free international streaming service ABC Australia iview, opening up more of its outstanding content to audiences around the world.

The ABC Australia iview app, for iOS and Android devices, connects the national public broadcaster’s global community with distinctive Australian stories, content and conversations from across the ABC, including entertainment, factual content, arts and educational programs.

For the first time, ABC News Channel can be streamed internationally via an ABC app, delivering Australia’s most trusted news and current affairs content to audiences everywhere, including Q&A, Four Corners, Insiders, Media Watch, Foreign Correspondent and The Drum .

ABC Australia iview features flagship ABC programs, such as Australian Story, BTN and Gardening Australia. The new service also features programs showcasing regional Australia, including the much-loved Back Roads, along with documentary, lifestyle and entertainment content such as Waltzing the Dragon and triple j’s One Night Stand .

ABC Chair Ita Buttrose said: “International broadcasting is one of the ABC’s bedrock Charter responsibilities. This service will open up a variety of outstanding Australian content to audiences around the world, as well as to the more than 1 million Australian expats who live, work or are travelling overseas.

“ABC Australia iview is an example of how, with determination and drive, we can deliver great value for international audiences, Australian taxpayers and the national interest.”

The new ABC Australia iview app will operate alongside the ABC’s other international services. 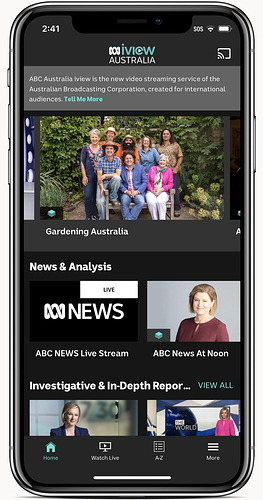 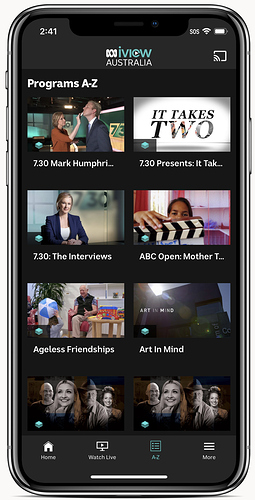 ABC Australia is the ABC’s international facing brand. It delivers Australian stories and conversations to audiences around the world online, on mobile, via social media, through broadcasting on ABC Australia (TV) and ABC Radio Australia and through international development initiatives.

ABC Australia is available in 40 territories across the Indo-Pacific region. ABC Radio Australia broadcasts a range of bespoke and relevant RN and Local Radio content across the Pacific and in Timor-Leste. It can be streamed online and is available as audio on-demand via the web and ABC listen. This December marks 80 years since Australia started broadcasting to international audiences.

Tried to download this and it isn’t available on AppleTV which makes zero sense to me seeing as the “Australian / regular” iView app has been on ATV for awhile. They are basically the same service so I don’t understand why they wouldn’t make it available to actually watch on a TV.

With Australians unable to stray far from home, ABC iview is taking them on a trip across the nation with more than 200 additional hours of on-demand content exploring the people and places of this wide brown land.

From our city streets and suburbs to the byways and bush, the ABC is home delivering Australian dramas, comedies, documentaries, crime yarns and children’s shows to keep audiences company during the COVID-19 pandemic.

ABC iview’s supercharged Australian collection features Stateless and new series of Mystery Road and Top of the Lake, plus contemporary classics such as The Secret River, The Slap, Cleverman, The Beautiful Lie and Miss Fisher’s Murder Mysteries.

“With Australians stuck close to home, the ABC is showcasing the sights and sounds of this extraordinary country with more than 200 additional hours of new shows and classic content. It’s Australia’s biggest home delivery for the mind and soul, feeding audiences’ need to laugh, learn, cry and be entertained.”

ABC iview’s new Australia-all-over collection is accompanied by outstanding new dramas from here and overseas, such as High Fidelity, Les Miserables, The Capture and the latest season of Killing Eve.

Highlights of ABC iview’s supercharged Australian collection include Cliffy, Mabo, It’s A Date, Luke Warm Sex, The Moodys, The Ex-PM, The Librarians, Janet King, Sporting Nation, The Time of our Lives, Blue Murder and The Agony Of series, alongside children’s programs Mustangs, Prisoner Zero, Ready For This and My Place. 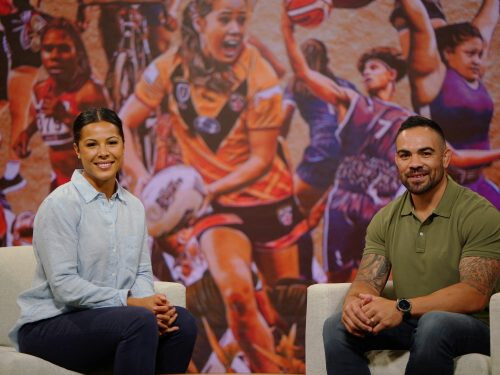 A new 30-minute television sports show celebrating the achievements of Pacific Island athletes across the world launches on ABC Australia and ABC iview on Wednesday 25 November.

That Pacific Sports Show is a 30-minute sports panel and magazine program produced for Pacific audiences, hosted by NSW State of Origin and Olympic 7’s rugby union player, Tiana Penitani, who is of Tongan heritage. Tiana is joined by Dene Halatau, former NZ International and NRL legend. The show will examine the big sporting issues of the week and talk to the sporting world’s most iconic Pacific personalities.

The Manager of ABC Sport, Nick Morris said ABC Sport was excited to be launching a new program with a unique Pacific perspective on the sports. “Our neighbours across the Pacific are a huge part of Australian sporting identity, and the opportunity to share their successes and personalities on our TV screens each week is very exciting,” he said.

Acting Head of ABC International Strategy, Claire Gorman said: “ABC Australia reaches TV audiences across the Asia Pacific region and we are delighted to offer a show that talks directly to our neighbours across the Pacific in our shared language of sport. We hope That Pacific Sports Show contributes to the ongoing conversations between Australia and our neighbours and fosters mutual understanding about the people and cultures of our shared Pacific region.”

That Pacific Sports Show is funded by the Department of Foreign Affairs and Trade through PacificAus Sports. PacificAus Sports is part of the Australian Government’s Pacific Step-up and Sports Diplomacy 2030 strategy, and aims to build sustainable, elite sport pathways between Australia and the Pacific.

That Pacific Sports Show premieres on ABC Australia and iview on Wednesday 25 November at 6 pm PNG time, 7 pm in Solomon Islands, 8 pm in Fiji and 9 pm in Samoa. A second episode will air on Wednesday 2 December and then return in 2021 for a full season.

It would be good if maybe the ABC gave this to NITV so it got a free-to-air spot in Australia, I think. 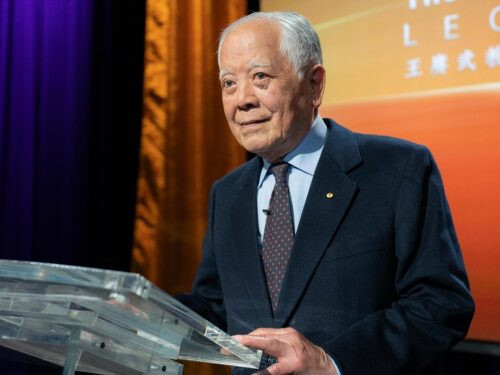 Chinese Australians have contributed to Australia’s business, political, scientific and cultural sectors for more than a century. The Wang Gungwu Lecture aims to shine a light on their achievements.

Dr. Yu used his address to reflect on his experience as a refugee and to highlight the important contribution made to Australia by migrants: “We need to think more about how we treat migrants, and especially refugees, and accept that sometimes refuges might have something worthy of this country and very often, some of us might be able to repay that debt in a very positive way by the way we live.”

The program will premiere on ABC Australia, the ABC’s international television channel available in 38 countries, on Wednesday 29 June at 8.00pm in Papua New Guinea, 6.00pm in Hong-Kong and Singapore, 5.00pm in Jakarta, 3.30pm in India and on ABC TV in Australia on Tuesday 5 th July at 11am AEST.

It will also be available on ABC iview and ABC Australia iview from 29 June.

The exciting new initiative is the result of a partnership between ABC Australia, the National Foundation for Australia China Relations (NFACR) and the Department of Foreign Affairs and Trade (DFAT), and takes its name from Professor Wang Gungwu AO CBE, the pre-eminent scholar on overseas Chinese communities and the Chinese international migration experience.

ABC Head of International Services Claire Gorman said: “The ABC has a proud history of sharing the stories of Australians from diverse background and we are delighted to be helping launch this new lecture celebrating the lives and achievements of Chinese Australians in partnership with our friends at the National Foundation.”

National Foundation CEO Peter Cai said: “The Wang Gungwu Lecture provides an enduring platform for discussion on what it means to be a Chinese Australian today, and there is no one better placed to address this topic than Dr John Yu AC. His continuing commitment to Australian society and Chinese communities is admirable and extensive – from healthcare to the arts, culture and education.”

It will also be available on ABC iview and ABC Australia iview from 4 February as part of the ABC’s Favourites with Chinese Subtitles collection.