Henry Danger and The Thundermans are massive.

sub brand for this kids programming block under Peach to pull it together nicely.

Babysitters are pretty hard to come by these days. Let 10 Peach provide the kidlets with educational screen time, so you can do that conference call, without the interruption or guilt. #WFH

lol TV as a babysitter.

I swear 10 used to air Spongebob like a decade ago

It did. And on Eleven.

That’s exactly what my kids said when I told them about it this morning… “what about Henry danger and the thundermans??”

Exciting news tonight for parents and kids who are remote learning! @Channel10AU and the state government have joined forces to launch a new educational show giving students a crash course in the world of coding

10 partners with Queensland Dept. of Education for a program on digital literacy skills.

Weren’t they supposed to air the tv show Mom this year?

10 Peach is showing an Australian movie this Friday night - titled “Cooped C Up”, at 7.30pm. It was released a few years ago, and surprisingly, it is based on the coronavirus and being kept on isolation. It stars Stephen Peacocke.

This Aussie feature about a coronavirus has to be the film that predicted the future...

And Malcolm in the Middle moved from 10 to 9.

10 Peach first got it in January.

I wouldn’t be surprised if The Big Bang Theory would be the next program to come to 10 Peach by the end of this year. This is because 9Go! had only rewinded back to Season 10 when they finished repeating almost the entire series last month, which would mean that Nine no longer has the rights to Seasons 1-9.

At least it would mix up its Friends/Seinfeld-dominant prime time schedule a bit.

When they started promoting it incessantly a few months ago.

And put some movies on there too, 10 peach, there’s more than just fraiser, seinfeld and friends etc.

These eps will air tomorrow & Thursday.

‘Supernatural’: The CW Hopes To Shoot Final Two Episodes In Late Summer But...

Supernatural was dealt a cruel blow when the production shutdown hit its final two episodes from being shot. However, The CW is keen for the long-running drama to “end 15 years the right way” with …

“We already have five episodes in the can of Supernatural, Jared and Jensen will go back as soon as they are able to to finish up the last two episodes and then Jared will go off to Walker. The two studios are in constant communication to make sure that this is a seamless handoff,” he said.

The plan is for these two episodes, which shoot in Vancouver, to shoot in “late summer” or “early fall” with Jared Padalecki then going to shot Walker , which is set to launch in January.

So, 10 are finally getting around to airing 9JKL which was cancelled by CBS in 2018 after just one season.

It’s airing at the great time of 2:30am on Tuesday 2nd June with another episode airing the following night (early morning) - some great scheduling there.

Also, The Unicorn (remember that one which 10 heavily promoted for the main channel?) resumes with ep 11 and 12 of 18 on Tues 2nd June at 9pm.

Channel 5 reality show, Undercover Girlfriends has also been airing at 12:30am Saturday nights though isn’t available on 10 Play? These kind of trashy shows are prefect for streaming audiences, so the mind boggles why it hasn’t been made available for catch-up. 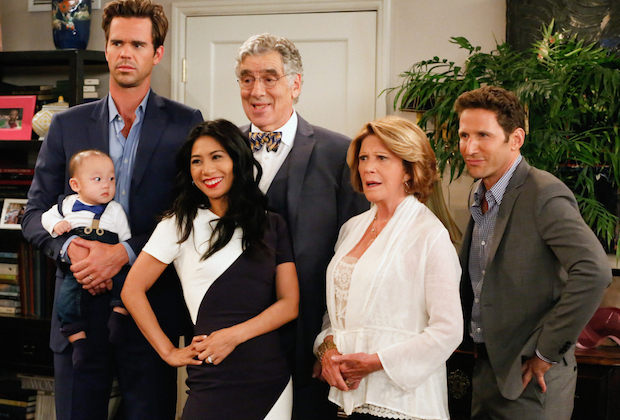 10 PEACH highlights for week commencing May 31, 2020 include the new series premiere of 9JKL, the season return of The Unicorn, plus an all new episode of Undercover Girlfriends.